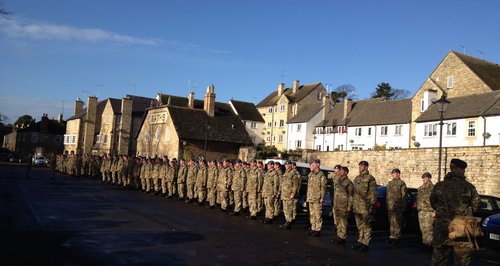 Service personnel from RAF Wittering have marched through their home town of Stamford today.

The homecoming parade followed a six month tour of Afghanistan.

Three Squadron were tasked with defending Camp Bastion in Helmand Province during their deployment.

3 Squadron RAF Regiment has done a great job in Afghanistan; it is therefore appropriate that the people of Stamford have been afforded the chance to express their gratitude, while 3 Squadron's personnel reciprocate, by acknowledging genuine support from the home town."