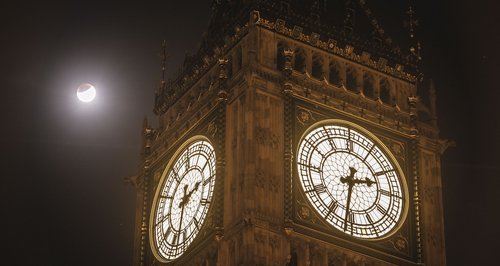 Missed the 'Blood Moon'? Here are some of the best pictures of the supermoon lunar eclipse 2015 from around the world...

In the early hours of Sunday night/Monday morning, it was the darkest night and the brightest, just minutes apart. Why? The moon was eclipsed as the earth was positioned between it and the sun – which made the sky go an incredible copper colour.

Yep, sky-watchers from North and South America to western Europe have been enjoying a rare astronomical event in which the moon has appeared to redden in the night’s sky – and it's being called a 'blood moon'. It’s the result of a rare combination of an eclipse with the closest full moon of the year.

Here are some of the best pictures of the supermoon lunar eclipse 2015...

Mind Blowing Worldwide Pictures Of The Harvest And Supermoon

In case you missed it, here's some pictures of the #SuperBloodMoon. It was visible between 3am and 4am. #HeartNews pic.twitter.com/u4Bfz0RcN4

Guess we'll all have Bonnie Tyler stuck in our heads for the rest of the day then...