Social media users have been donning their tin foil hats to discover the truth behind the eerie clip.

Social media users have been left stunned by a young boy's spooky reflection.

The haunting clip has gone viral after it was noticed that the camera caught the reflection moving before the boy had even turned away.

He was pulling faces in the mirror when his mother began filming him.

She captioned the clip: "Is it just me or did his reflection walk away quicker than he did?"

the more i watch this, the crazier it gets.  pic.twitter.com/f8MQ9ahRhY

One Twitter user - thought to be the boy's mum - shared the footage, adding: "The more I watch this, the crazier it gets."

She added: "I get it's the angle the mirror was in and I was in. I just didn't know the video was going to blow up."

One follower joked: "Time to throw the child and the mirror away." 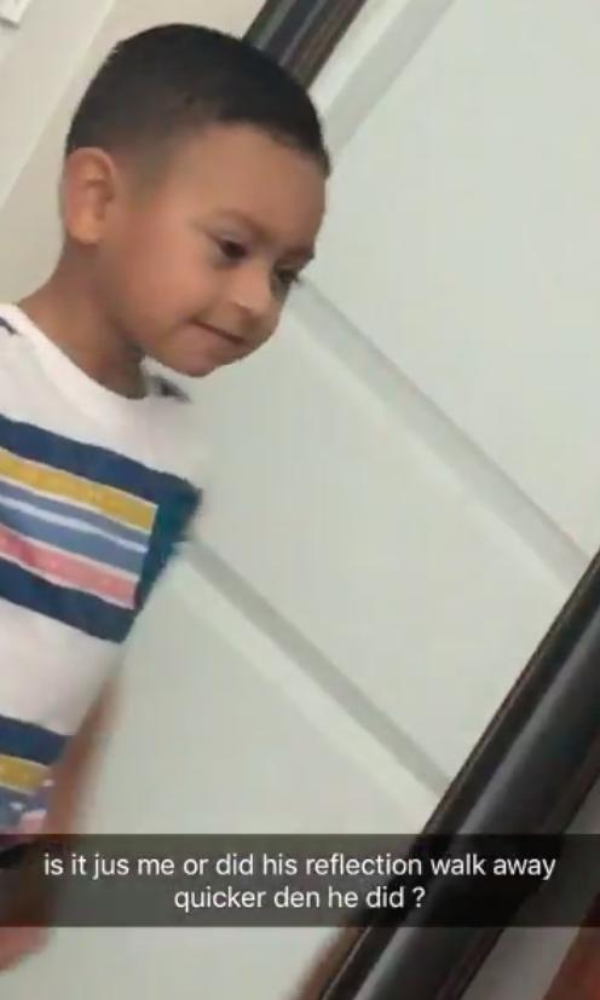 Another Twitter user hit back: "Bruh that's a demon child in that mirror, you gotta throw the whole house away."

But there could be a simple scientific solution to the eerie moment, and it's all down to camera speed.

Mirror images are thought to delay slightly in filmed footage, as images are captured from left to right, meaning the picture isn't actually captured all at once.

This can result in the image in the mirror being captured at the same time as the boy turns, but showing a millisecond delay in the footage.