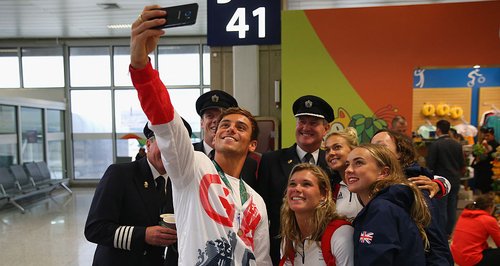 As our medal-winnign superstars land back on British soil, family and fans are waiting at the airport for the British Airways flight to touch down and our winners emerge...

To help celebrate we take a look at exactly what's been going down on the flight back! 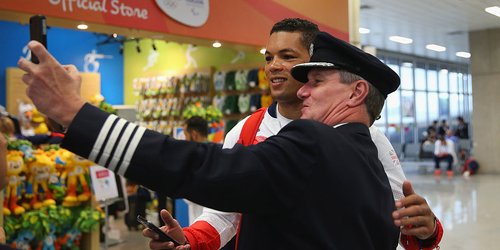 Our #GBR heroes are returning aboard #VictoRIOus! Thanks to @British_Airways for flying the team home in style... pic.twitter.com/1xNhwxoq1v

And the smiles keep coming...

Meanwhile Adam Peaty and the GB Team were busy taking selfies at the Olympic Closing Ceremony in Rio. Well, who wouldn't want to commemorate that moment?! 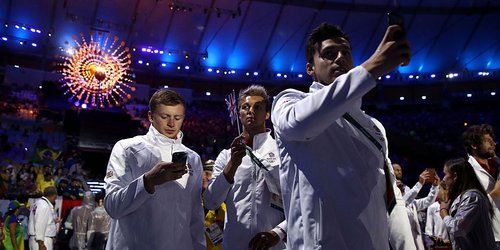 Hockey player Sophie Bray and her team mates pose with the pilot in the cockpit.

On board the @british_airways VictoRIOus, going to be a very special flight home #greattobeBAck #teamgb #oneteam pic.twitter.com/T0A4rNM601 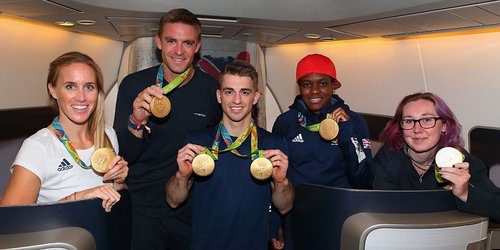 Meanwhile her fellow hockey player Lily Owsley does the honours by taking a selfie of her team.

get your medals out.. champers and the national anthem blasted out... we're going back to our fave nation!! pic.twitter.com/O98joZyu36