Scientists Have Discovered A 'Super Planet' That Could Harbour ALIEN LIFE

It's 1.4 times the size of our planet and is the right temperature to harbour life.

You might have thought scientists had discovered all the planets up there by now – but now they have made a HUGE discovery.

The space company has uncovered an Earth-like planet, but it’s mighty far away. 39 light years away, to be precise! It’s to be found in the constellation of Cetus, which is often referred to as ‘The Whale’ or ‘The Seamonster’ due to its unusual appearance.

What’s more, it’s thought that the weather is mind that there could be water on the planet, meaning extraterrestrial life could survive up there.

Dr Jason Dittman, an astrophysicist at Harvard University, said of the discovery: “We could hardly hope for a better target to perform one of the biggest quests in science – searching for evidence of life beyond Earth. This is the most exciting exoplanet I’ve seen in the past decade.”

Check out this virtual reality video of the planet in action...

These are big words for a big planet, as this new ‘super-earth’ it thought to be 1.4 times the size of our planet. It’s also thought to be five billion years old, meaning that life could well have evolved. Exciting!

The planet exists in a zone that scientists call ‘the Goldilocks zone’ – cool enough for life to survive and warm enough to foster that life. 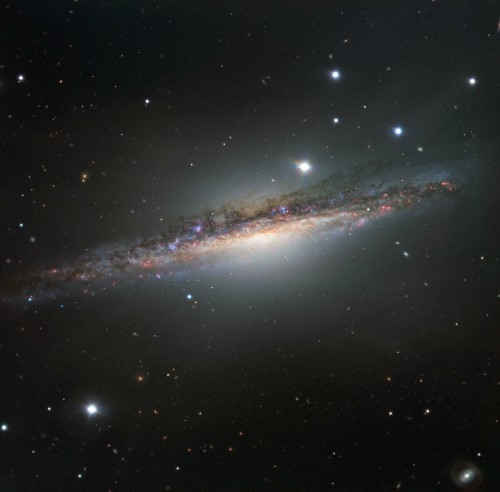 The discovery was made in Chile, using a super powerful telescope, which identified a tell-tale gravitational pull that indicated the planet is a super-earth.

Dr Jason Dittman described the planet as “a temperate rocky super-Earth transiting a nearby cool star”. That star has the less-than-catchy name of LHS 1140.

Perhaps they should rename the planet and put the new name to public – though we’d probably end up calling it Starry McStarface.

Still, at least the super earth, which emits low radiation and is therefore likely to have preserved an atmosphere, is living up to its name!