A former Royal Navy Commander has been jailed for non-recent sexual offences against young men.

Charles Howeson, 68, was convicted of 10 counts of indecent assault against eight young men back in December.

Bristol Crown Court heard the sexual assaults dated back to between 1985 and 1994 and took place aboard a Devonport warship, at his home, at Drake’s Island tunnels and in dark rooms at Royal William Yard.

Howeson, of Craigie Drive, Stonehouse, was found not guilty of two further sexual assaults against a teenage boy in Plymouth after a second trial in Bristol this month.

He had denied all 12 charges against him but will now spend the next seven and a half years in prison.

Detective Sergeant Susanne Lee, of the Sexual Offences and Domestic Abuse Investigation Team, welcomed the sentence and added: “The offences, which consisted of premeditated sexual assaults on young men, has caused psychological harm to them for many years afterwards, affecting relationships and contributing towards drug and alcohol addictions, and depression.

“Now they have been through the additional trauma of going to court, however the result is that a sex offender has been brought to justice.

“We wish to say thank you to those victims for coming forward and for being brave throughout this process. We also want to thank the families of those victims and the partner agencies who have been there to support them and made it possible for those victims to give their evidence.

“This case clearly shows that even if you were a victim of a sexual crime many years ago, there is still a chance of bringing the offender to justice and at the same time, preventing others from suffering the same abuse.

“This sentence sends out a message to those who have committed similar offences, or are planning to, that we will investigate and we will look to prosecute along with the CPS.

“We urge people to find the courage to come forward, we will listen, we will investigate, and we will support you.

“If you wish to contact us or have any information email 101@dc.police.uk or call 101.

“If you would like to speak to someone about being a victim of historic sexual abuse please contact police and the Devon & Cornwall Police Victim Care Unit on 01392 475900, lines are open between 8am to 8pm Monday to Friday and 9am to 5pm on Saturday and Sunday.

“Alternatively contact the NSPCC 24hr helpline on 0808 800 5000 who can provide independent and confidential advice.”

Bird flu: Thousands of turkeys to be culled after outbreak at North Yorkshire farm 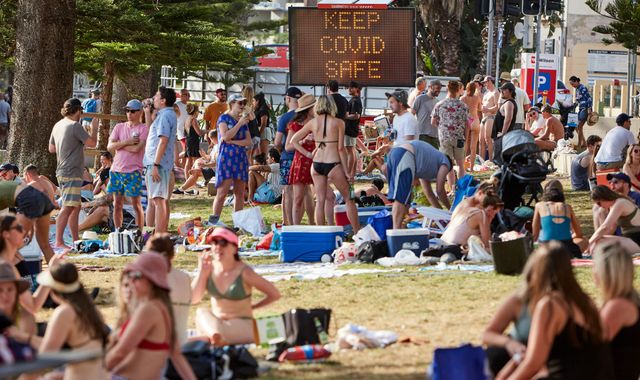