Have Your Say On The Plymouth Plan 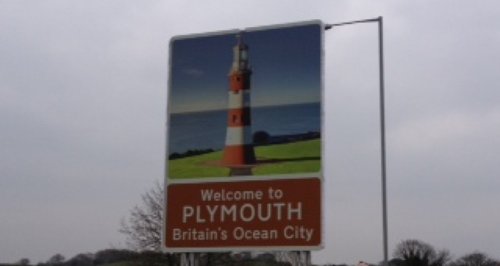 Residents, businesses and organisations are being asked to see if their views have been taken into account in the first draft of the Plymouth Plan.

The plan sets out an ambitious agenda what Plymouth could be like in 2031 and covers a range of subjects such as health, transport, homes, jobs and the economy, arts and culture and education.

Part One of the draft Plymouth Plan was approved by Cabinet in December and sets out the direction for the entire city after extensive conversations and events, involving thousands of residents, community groups and partners.

Part Two will be published for consultation in the autumn, will set out the detail about what changes are proposed in different parts of the city.

“The plan is a culmination of a major programme of cooperation and engagement over the last two years. We have listened very carefully to what local people and businesses have said to us, so it is already ‘the people’s plan’. But we want to know: have we got it right? Now for the first time ever, we have our strategic plan for the city set out in one document If you live in Plymouth, shop in Plymouth, work, learn or play in Plymouth, this plan will have an impact on you and we want to know if we are on the right track. Have we put in place the right policies to guide development and change in the city in the next 20 years?”

It’s a big document but simple summaries are being put together with easy-to-follow symbols highlighting the overall themes. For example:

• Young families might be more interested in knowing what plans there are for schools and colleges, how the city plans to build enough homes for people to live in as well as where play areas could be

• Companies looking to move to Plymouth would need to bear in mind links to other parts of the country; policies that would encourage graduates to stay here and business support.

• Shoppers might be particularly keen to see how the city centre might develop or ideas to support more local shops on their doorstep.

• Those passionate about the environment may be interested in plans to grow more food in the city, how we plan to cut carbon emissions as well as improve the quality of bathing water.

People will be able to comment on the plan from 21 January to 4 March. This can be made online using the consultation portal, by email or in writing.

A copy of the plan is also on the website, in libraries and community venues. An interactive version will also be tested as part of the consultation to encourage people to explore and find the areas that interest them most.