Plymouth: Pub Rises From The Floods 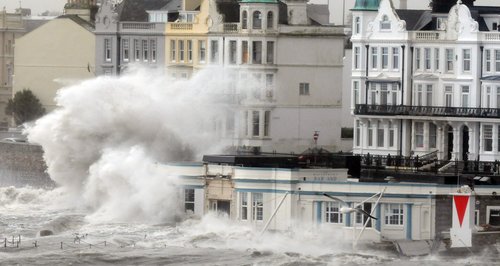 The much-loved Plymouth watering hole was almost wiped from the map, as waves driven by the fiercest storm in living memory swept clean through the Waterfront Pub and Eating House and took most of the fixtures and fittings back out to sea with them.

The sheer weight of the water that pulverised the Waterfront led many experts to conclude that the St Austell Brewery owned business was beyond repair.

However a year on, after dogged determination and a mammoth £1 million repair bill, the Waterfront will re-open its doors to the public next week.

Commenting on the long road to its recovery St Austell Brewery's Estate Director Adam Luck, who oversaw the efforts to rescue the old building, said "We were devastated when the Waterfront was destroyed in last year's storms and had to consider a number of options for the Grade two listed premises before deciding that the only proper course of action was to rebuild it and create a stunning new venue that reflects its historic and unique location."

Taking the helm at the newly restored Waterfront will be experienced publicans John Milan and Steve Bellman, who together have been responsible for the success of one of Cornwall's most iconic public houses, the multi-award winning Pandora Inn near Falmouth.

Speaking of the challenges that lie ahead at the Waterfront, Steve said: "John, myself and the team are incredibly excited to be taking over such a landmark destination venue and we look forward to bringing a little of the successful formula we employ at the Pandora to Plymouth."

More information about the Waterfront menus, bookings and opening times can be obtained on 01752 226961.