1 In 4 Flights To Edinburgh And Glasgow Delayed

A quarter of flights to two major Scottish airports have been delayed in the past year, according to new analysis.

Glasgow, the country's second busiest airport, ranked second for delays with 25% of nearly 85,000 flights taking off or landing at least 15 minutes later than scheduled, according to analysis of Civil Aviation Authority (CAA) data.

Aberdeen ranked third, with 22% of more than 45,000 flights recorded as late.

The airports said delays can be caused by a variety of reasons, some of which can be beyond their control such as the weather or industrial action.

The analysis also found more than 1,200 flights to or from Scotland's three busiest airports were delayed by at least three hours in the last year, meaning thousands of passengers could be entitled to compensation.

Alex Neill, Which? managing director of home products and services, said: ''If you're unlucky enough to experience a severe delay, compensation is available.

''We think it's time for airlines to start automatically compensating eligible passengers, but until they step up and do this, we urge people to check what they are entitled to.''

CAA data showed 19% of almost 42,000 flights failed to take off or land on time at Newcastle, which is also used by many Scottish holidaymakers.

An Edinburgh Airport spokesman said: ''On-time performance is important to our passengers and is a measure that we monitor very closely.

''Frustratingly, it is mainly affected by factors outwith the airport's control.

''We continue to work with our airline and aviation partners to make sure our collective performance is as good as it can be and that we are in the best position to deal with the external issues that affect us.''

A spokesman for AGS Airports, which owns Aberdeen and Glasgow airports, said: ''Aircraft delays can be caused by a number of factors including weather issues, air traffic congestion, delayed arrivals or technical issues with aircraft.

''In saying that, on-time performance will always be an area of focus and we will continue to work with our airline partners and their handling agents to improve overall levels of efficiency. 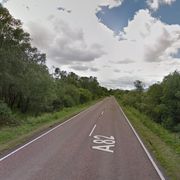 Richard Madeley and Judy Finnigan to present This Morning today