WATCH: 1,200 Performers To Star In Tattoo 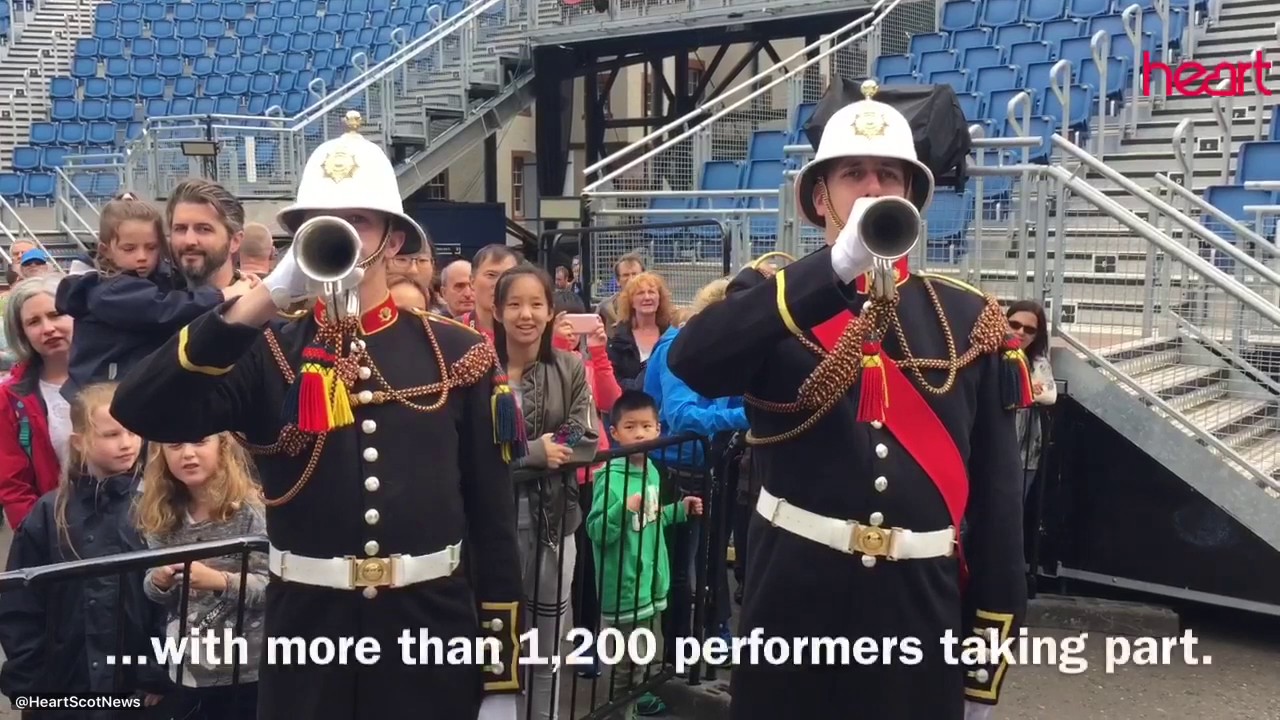 #HeartNews - Edinburgh Tattoo Back For 2017

More than 1,200 performers from around the world are to take part in this year's Royal Edinburgh Military Tattoo.

The line-up for the 68th annual Tattoo will include more than 250 pipers and drummers, five UK military bands and the event's first Japanese act, as well as major contingents from France, India and the United States.

This year the show on Edinburgh Castle's esplanade will pay tribute to the UK's maritime heritage and the Royal Navy.

The Tattoo will also celebrate Scotland's Year of History, Heritage and Archaeology by hosting more than 3,000 clansfolk from 57 clans across the 25 performances.

The 2017 theme Splash of Tartan is designed to reach out to the Scottish diaspora and everyone with a love of Scotland.

Brigadier David Allfrey, chief executive and producer of the Tattoo, said: "Yet again, the castle esplanade is set to come alive with colour, music and history as we bring together an extraordinary group of military and folkloric performers to help us 'Splash the Tartan'.

"The finished article is not just hugely entertaining, it is also inspiring. Each year, we reach out across the world to find the very best acts and bring them to Edinburgh.

"We are always looking to bring people together to celebrate the rich differences of our global community. There is something for everyone in this show and an opportunity for all of us to be proud.''

UK military bands taking part include the Massed Bands of Her Majesty's Royal Marines, The Queen's Colour Squadron, the Band of the Royal Air Force Regiment and the Band of The Royal Regiment of Scotland.

Other highlights will be a performance from the Japan Ground Self-Defence Force Central Band and the Indian Naval Band, appearing with an array of colourful dancers.

The esplanade will be transformed into a Highland glen with illustrations from Scottish artist "Stref'', best known for his cartoons in The Dandy, The Beano, The Broons and Oor Wullie.

The Tattoo has also launched its first app to provide an interactive guide to the 2017 show, which takes place between August 4 and 26.