Four out of five people referred to foodbanks have skipped meals and gone without eating, sometimes for days at a time, a major new study has revealed.

Research commissioned by the Trussell Trust showed that half of people using foodbanks said their incomes were "unsteady'' from week to week.

In the biggest study of its kind, most of the 400 households questioned said they had been hit by a recent "income shock'' such as increases in housing or food costs.

Around four out of five of those questioned by researchers from Oxford University said they had skipped meals and gone without eating in the past year.

Half said they could not afford heating or toiletries. A similar number of households included a disabled person.

Many of those referred to one of the Trussell Trust's 420 foodbanks were waiting for a benefit payment.

"This pioneering research confirms to us what those volunteers have been telling us.

"Every day they are meeting people trying to cope with low, insecure incomes and rising prices that mean even the smallest unexpected expense can leave them destitute and hungry, be that an unexpected bill, bereavement or the loss of income caused by benefit delay.

"These findings reaffirm how vital the work of foodbanks and generosity of donors is, but are also a clear challenge to the new Government to do more to stop people ending up in crisis in the first place.''

Dr Rachel Loopstra, Associate Member of the Department of Sociology, University of Oxford, who was lead author of the report, said: "The stories emerging from foodbanks across the country have surprised and shocked many people but until now, we have not been able to put them in a numerical context.

"Our survey data shows how people using foodbanks are unable to ensure they always have enough food to eat because their incomes are too low and too insecure.

"We observed how commonly income or expenditure shocks, whether arising from a delay in receiving a benefit payment, from a benefit sanction, or from rising energy costs, tipped households into food bank use.

"These shocks, and resulting foodbank usage, occur among people who live with extremely low incomes and chronic food insecurity, where meeting basic needs is an ongoing struggle.'' 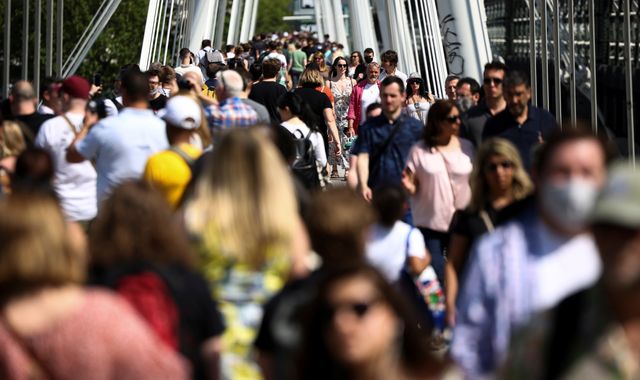