Agreement Reached To Save BiFab From Administration

An agreement has been reached that will lift the threat of administration from troubled engineering firm BiFab, and see work continue on the current contract for the Beatrice Offshore Windfarm.

A financial package to complete the contract has been provided by Seaway Heavy Lifting, SSE and the partners to the Beatrice Offshore Windfarm project, JCE Offshore.

The Scottish Government has also indicated, if necessary, it will make a commercial loan facility available to BiFab.

The consensus comes after intensive talks aimed at securing the future of the company and intensive negotiations over the last two days.

It will see Burntisland Fabrications Ltd (BiFab) receive payments to alleviate immediate cash flow issues, enabling the threat of administration to be lifted and ensuring the full funding of the Beatrice contract.

First Minister Nicola Sturgeon said: "I am pleased that after an extensive series of talks over the last week and two days of intense negotiations we have been able to broker a commercial agreement that lifts the threat of administration from BiFab and allows work on the current contract to continue.

"In particular I welcome the moves made by Seaway Heavy Lifting, SSE and the partners in the Beatrice Project, JCE Offshore and Siemens to resolve this situation and enable BiFab to continue its work on this contract.

"Over the last seven days we have worked to ensure all partners understood the urgency of the position BiFab found themselves in and the part they could play in relieving the financial pressure on the company."

She added: "I know that this has been an anxious time for people employed at BiFab, as well as their families and the wider communities of Burntisland, Methil and Arnish and the trade unions have ensured that the importance of this company was made clear to all companies involved."

Burntisland Fabrications Ltd (BiFab), has a workforce of 1,400 employees, contractors and subcontractors at its yards in Burntisland and Methil in Fife and Arnish on the Isle of Lewis.

The company, which makes equipment for the oil and gas industry and the renewable energy sector, filed a notice of intention to appoint administrators a week ago as it faces cash flow problems linked to its contracts.

Trade unions GMB and Unite praised the role of the Scottish Government and Ms Sturgeon in brokering the deal, and the resolute stand taken by the BiFab workers to convince everyone they were determined to fight for their jobs and their communities.

Union leaders Gary Smith and Pat Rafferty said: "Make no mistake these yards would be closed today if it wasn't for the dignity and determination of the workers and their families in Fife and Lewis to save their jobs and industry.

"With their futures on a knife edge they worked for nothing stayed strong and resolute and by staying united they have won their future."

Jan Willem van der Graaf, chief executive of Seaway Heavy Lifting (SHL), said: "We have worked very hard along with the other stakeholders to find constructive solutions to support BiFab.

"We appreciate the role that the Scottish Government has played in reaching a positive solution for all.

"Seaway Heavy Lifting will continue to always treat its suppliers fairly, with respect and integrity and we look forward to BiFab successfully completing the remainder of the Beatrice jacket fabrication."

Scottish Secretary David Mundell said: "It is very welcome news that BiFab has reached an agreement with SHL.

"It will be a huge relief to BiFab's 1,400 employees and their families." 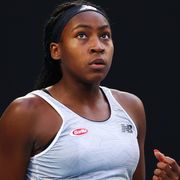