VIDEO: Alex McLeish has been confirmed as the new Scotland manager 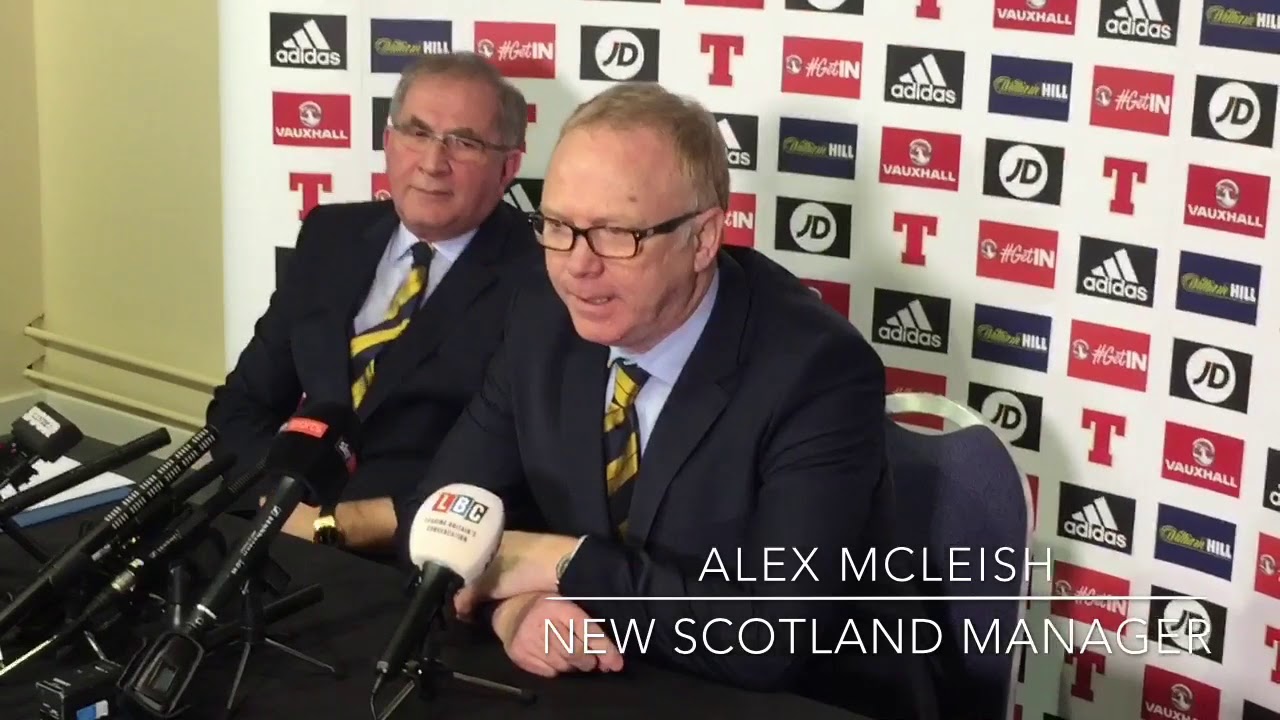 HeartNews - McLeish back as Scotland boss

The 59-year-old described his return to the role he vacated in November 2007 as a "tremendous honour".

In a statement released by the Scottish Football Association, McLeish added: "I am incredibly fortunate to have had the chance to lead my country already and I am immensely proud to be in this position for a second time."

McLeish replaces his former Scotland and Aberdeen team-mate, Gordon Strachan, who lost his job after the nation's exile from a major tournament passed the 20-year mark.

He said: "There is much to be positive about in Scottish football, with players playing at the highest level and promising talent breaking through.

"With Hampden Park as one of the host venues for Euro 2020 we have an amazing opportunity to showcase our talents to the world from our own back yard. I am relishing the challenge of leading us to a major tournament and I cannot wait to get started."

McLeish has been appointed 127 days after Strachan departed and only after Northern Ireland manager Michael O'Neill rejected the chance to take charge.

But SFA president Alan McRae insists the governing body has made the right choice.

McRae said: "It is a rarity to be in a position to appoint someone who has experience of successfully managing their country and we are delighted to reach an agreement with Alex. During the recruitment process he received resounding endorsements from several influential figures in the game which helped establish him as an outstanding choice from a strong list of possible candidates."

The former Aston Villa and Nottingham Forest manager's coaching experience in the past five years has been restricted to short spells in Belgium and Egypt.

But he told reporters at a Hampden media conference: "I have gained a lot of experience since going down to England and since my last stint as Scotland manager, and I believe I'm a better coach for all that.

"It's great to be back to see a lot of familiar faces. So onwards and upwards and let's see if we can give the Tartan Army a real treat by getting them to a major finals for the first time in a long time."

Father's Day: The UK's best dad joke has been selected - do you agree?

COVID-19: Bolsonaro doesn't believe in social distancing, masks or vaccines. That wasn't lost on those protesting