Almost 90% of bike thefts in Scotland go unsolved, according to new figures.

Data obtained from Police Scotland by the Scottish Conservatives shows in the 10 months to January 31 there were 5,394 recorded crimes for bike thefts.

Across Scotland only 548 of these crimes were detected, leaving just under 90% unsolved.

Bike thefts were most likely to be detected in Fife, with 43% of crimes solved.

Those reporting a stolen pedal cycle in Edinburgh were least likely to see the culprit found, with only 4% detected.

Tory justice spokesman Liam Kerr said of the statistics: "It sends out a terrible message that, if you decide to nick someone else's bike, the chances are you'll get away with it.

"In places like Edinburgh, there's almost a cast-iron guarantee the police won't catch you.

"Bicycle owners deserve better. We're supposed to be encouraging healthy living and getting more people on two wheels is a key way of doing that.

"But if hundreds of pounds of worth of equipment is so easily stolen, with so little chance of it being recovered, that will harm that initiative."

Inspector Chris Lewis from Safer Communities said: "The public also has a vital role to play in helping us prevent crime by ensuring they take all the necessary steps to safeguard their properties and belongings.

"Most bikes which are stolen are poorly secured or not secured at all. More than half of all bikes stolen are taken from the owner's property.

"There are many steps which you can take to keep your bike secure, but make sure you lock your bike up when you leave it unattended."

- Photographing your bike and recording its details and distinguishing features, including the serial number which can be found on the bottom bracket.

- Registering your bike online at the National Cycle Database, www.bikeregister.com.

- Security marking your bike's frame with a UV pen or using another method. The mark should include your home postcode and house number. 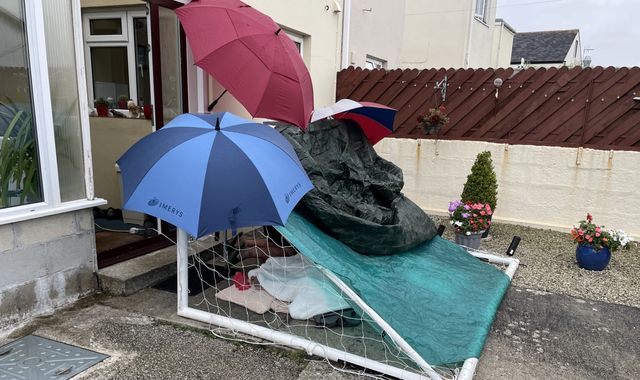