Andy Will Be Emotional Leading Out Team, Says Mum 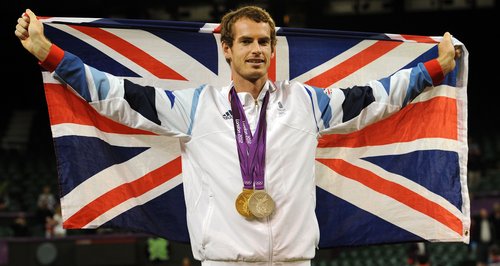 Andy Murray will be "emotional'' as he carries out his duties as Great Britain's flag bearer at the opening ceremony of the Rio Olympics, according to his mother.

The 29-year-old two-time Wimbledon champion has been chosen to lead out Team GB for Friday's spectacle at the Maracana Stadium.

His mother Judy said he is "thrilled to bits'' - but probably "a little bit nervous'' ahead of the sporting extravaganza.

She said: "Everyone can see from the way that he approaches the Davis Cup. He loves representing the country, he loves team competition, and I know that when he was at the Olympics in London - particularly that whole sense of being part of a much bigger thing than just the tennis - it was a massive, massive thing for him.

"I just get the feeling that at this Games - he's been through Beijing and London, he knows what it's all about so he has a much bigger sense of the duty and the occasion and of course the opportunity, so I think he's going to find it a little bit emotional.''

Judy Murray will not attend the Games as she will be running her Tennis on the Road programme in Grantown on Spey in the Highlands, which aims to inspire coaches, children and parents to get involved and stay in the sport.

She added: "I've been to plenty of tennis events over the years - I was in Beijing and I was in London and I'm very happy to miss this one and watch it on the television.''

Murray clinched the men's singles gold at the London 2012 Games as well as silver in the mixed doubles alongside Laura Robson.

The Dunblane ace was chosen to be flag bearer by a panel of British Olympic Association experts who picked from nominations made by each of the respective national sports federations.

Murray said he was "speechless'' and "honoured'' when he found out.

He added: "The privilege of being the flag bearer is a moment I will remember for the rest of my life and will certainly be one of the highlights of my career.

"It's a huge honour to represent Team GB at an Olympic Games for the third time.''

The Scot will head a British team of 366 competitors, although a sizeable proportion of the athletes are yet to arrive in Brazil and many will not go to the ceremony due to its proximity to their competitions.

It is anticipated more than 50 athletes will march behind Murray at the Maracana.