An appeal to raise money for the family of Scottish boxer Mike Towell who died following a televised bout has passed its £20,000 target as the sport faces questions over safety.

A "heartbroken'' Ms Ross spoke of her loss and said Towell, from Dundee, had been suffering from headaches in the weeks before Thursday's fight as a politician and doctors questioned the safety of the sport.

The boxer's management team said they were not aware of any headache complaints.

The 25-year-old welterweight, known as Iron Mike Towell, was stretchered from the ring after a fifth-round loss to Dale Evans in a St Andrew's Sporting Club fight in Glasgow.

He was taken to Queen Elizabeth University Hospital, diagnosed with severe bleeding and swelling to his brain and died shortly after 11pm on Friday, 12 hours after being taken off life support.

"Michael had severe bleeding and swelling to his brain. He had been complaining of headaches for the last few weeks but we put it down to migraines with the stress of his fight.

"It has been the longest 24 hours of our lives. My baby has lost his daddy. But he will be so so proud of his dad in what he achieved.

The boxer's family were at his bedside in his final hours and were joined by his manager, Tommy Gilmour, and St Andrew's Sporting Club owner Iain Wilson.

A spokesman for St Andrew's said nobody in Towell's management team was aware of any headache problems leading up to the fight.

Mr Gilmour said the world of boxing had lost both a top fighter and a "very special man'', and described him as one of the best he had ever worked with.

Mr Wilson said the club said has lost "one of our favourite sons and boxing has lost an explosive talent''.

The eliminator for the British welterweight title at the Radisson Blu Hotel, Glasgow, was being broadcast on STV Glasgow when Towell was fatally injured.

Evans is yet to comment on his opponent's death, but described Towell as a "true warrior'' in a statement issued after he was taken to hospital.

He said: "I never wanted to see my opponent being stretchered out of the ring. Who would ever want that sight? That was so hard for his family and my heart goes out to them.''

On the JustGiving page he set up, Hatton wrote: "Mike Towell lost his life doing either what he loved or looking after his family - or both.

"A young boy and partner are left behind let's make sure they are looked after. Give what you can. Let's see if we can smash the £20,000.''

By 10.30pm, donations had passed the target.

The British Boxing Board of Control, the sport's governing body and licensing authority, is yet to comment.

:: Donations can be made at www.justgiving.com/crowdfunding/Iron-Mike-towell 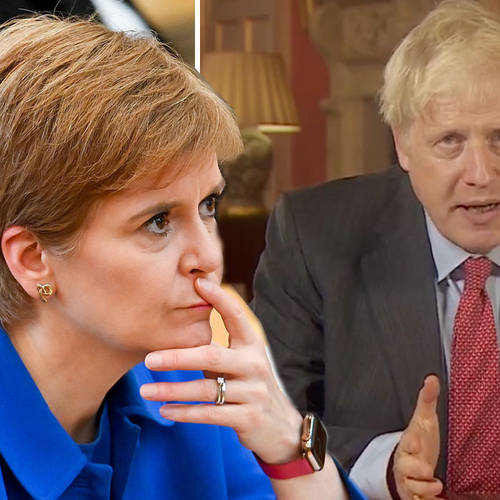 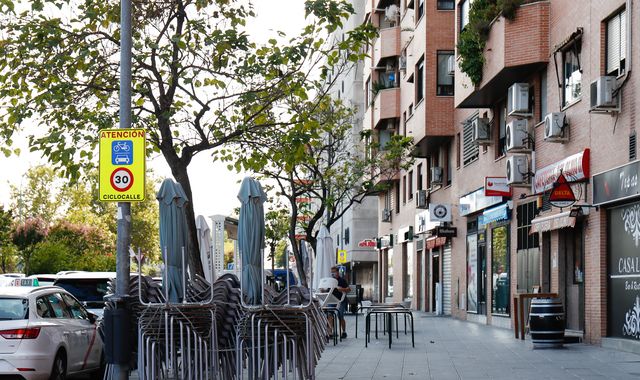 Coronavirus: Madrid in lockdown as doctor warns Britons to follow the new rules or pay the price