A 29-year-old man has been arrested in connection with an attempted murder in Dumbarton.

The alleged attack on a 36-year-old man happened in Cumbrae Street, Dumbarton on March 10.

The accused was also arrested in connection with the serious assault of a 29-year-old man in the town's High Street on March 11.

A 24 year-old man was also been arrested over that alleged assault.

Three men, aged 29, 37 and 41, who were originally arrested in connection with the attempted murder of a 36-year-old man have been released without charge. 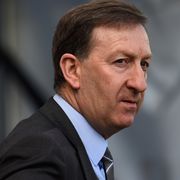