Nicola Sturgeon has said a Supreme Court ruling that the UK Government is "not legally compelled'' to consult the devolved administrations before formally starting the Brexit process raises "fundamental issues'' for Scotland.

The First Minister said the Scottish Government was "obviously disappointed'' with the verdict.

While the UK Supreme Court ruled MPs must be given a vote before the Government can trigger Article 50, it unanimously ruled the assemblies in Edinburgh, Cardiff and Belfast do not need to give their formal approval with a vote.

Supreme Court President Lord Neuberger said: "Relations with the EU are a matter for the UK Government.''

Ms Sturgeon has already pledged to give MSPs at Holyrood a vote on Article 50, although the Supreme Court ruling means it will be purely symbolic.

The First Minister said she was "obviously disappointed with the Supreme Court's ruling in respect of the devolved administrations''.

She added: "It is becoming clearer by the day that Scotland's voice is simply not being heard or listened to within the UK.

"The claims about Scotland being an equal partner are being exposed as nothing more than empty rhetoric and the very foundations of the devolution settlement that are supposed to protect our interests - such as the statutory embedding of the Sewel Convention - are being shown to be worthless.

"This raises fundamental issues above and beyond that of EU membership.

"Is Scotland content for our future to be dictated by an increasingly right-wing Westminster government with just one MP here - or is it better that we take our future into our own hands?

"It is becoming ever clearer that this is a choice that Scotland must make.''

Under the Sewel Convention, a key part of devolution arrangements, Westminster will normally legislate on devolved matters only with the express agreement of the Scottish Parliament.

With Scotland having voted to remain in the EU in the 2016 referendum, the First Minister and SNP leader has already warned that Theresa May's intention to take the UK out of the single market ''undoubtedly'' makes a second referendum on Scottish independence more likely.

While Ms Sturgeon accepted the Supreme Court had concluded the UK Government "is not legally obliged to consult the devolved administrations'', she insisted: "There remains a clear political obligation to do so.

"It is now crystal clear that the promises made to Scotland by the UK Government about the Sewel Convention and the importance of embedding it in statute were not worth the paper they were written on.''

In December the Holyrood administration published a paper calling for Scotland to be able to remain in the single market if the rest of the UK leaves the trading bloc.

Ms Sturgeon vowed to push for the "sensible, compromise outcomes'' set out in that document when representatives from the three devolved assemblies in Edinburgh, Belfast and Cardiff meet the UK Government next week at the Joint Ministerial Committee (JMC).

Alex Salmond, SNP international affairs spokesman at Westminster, said he hoped the Supreme Court verdict "brings this Tory government back to the reality that they cannot simply bypass elected parliamentarians to fulfil their role in carrying out due and proper scrutiny of one of the biggest decisions facing the UK''.

Although SNP MPs will seek to amend the Article 50 legislation, they are still expected to vote against it in the House of Commons.

Scottish Green Party co-convener Patrick Harvie said: "By recognising that Brexit will alter the powers of the Scottish Parliament but deciding that MSPs will have no say, the Supreme Court has made it clear today that Scotland is not an equal partner in the UK.''

He added: "Now we know that the Scottish Parliament won't get a say, that the Scottish Government's options paper is likely to be rejected and that a hard Brexit will cost around 80,000 jobs and a £2,000 drop in the average income in Scotland.

"It is hard to see any other option than putting the choice back in the hands of voters in Scotland, giving people the choice of an independent future in Europe, and rejecting the angry and isolated Britain the Tories are planning.''

The Conservative MSP insisted: "The SNP tried to use this hearing to hold the rest of the UK to ransom. It has comprehensively failed to do so.''

While she said "all parties should now respect the ruling that the court has given'', Ms Davidson added that "typically Nicola Sturgeon has decided to ignore it by stating - even before the verdict was in - that she would still seek a separate vote at Holyrood''.

The Tory leader argued: "Whatever side people were on last year, Scotland wants to get on with the negotiations so we can start to leave the uncertainty of the last few years behind us.

"We have all had enough of the nationalists using every diversionary tactic they can to try to use Brexit to manufacture a case for separation.

"The SNP needs to decide does it want Britain's renegotiation to succeed or fail?

"If it is the former, it needs to end the attempts to sow division and add to the uncertainty we face, and instead get behind the UK attempt to get the right deal for the whole UK.''

Scottish Labour leader Kezia Dugdale made clear her party would not support any SNP attempts to hold another independence referendum.

Ms Dugdale said: "The Supreme Court has made its view clear and it's right that the UK Parliament should get a vote on triggering Article 50. It's clear now that this is a decision for the UK Parliament.

"Labour in the UK Parliament will seek to amend the Article 50 Bill to prevent the Conservatives using Brexit to turn Britain into a bargain basement tax haven off the coast of Europe.

"We will continue to work with the Scottish Government to get the best deal for Scotland within the UK.

"Both the SNP and the Conservatives are casting about for an expedient political position rather than working in the national interest.

"Unity cannot be achieved by a politics that sees one half of the country constantly facing off against the other.

"We are divided enough already. That's why there will be no support from Scottish Labour for any SNP plan for a second independence referendum.''

Scottish Liberal Democrat leader Willie Rennie said the ruling there must be a vote in Westminster ahead of triggering Article 50 "presents a huge opportunity for Parliament to agree to a Brexit deal referendum''.

He stated: "Liberal Democrats will vote against the triggering of Article 50 in Parliament unless there is a Brexit deal referendum that gives the British public a final say on the terms of Brexit.'' 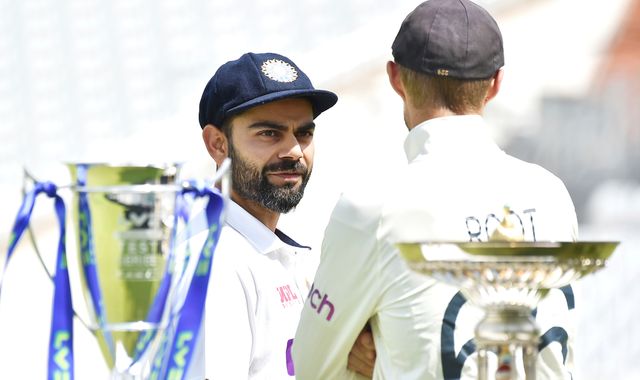