A Muslim taxi driver who murdered a shopkeeper for claiming he was a prophet has been jailed for at least 27 years.

Tanveer Ahmed, 32, travelled from Yorkshire to Glasgow to confront Asad Shah at his store before pulling out a knife and stabbing the 40-year-old.

Ahmed, who did not know Mr Shah, claimed to have been offended by clips the shopkeeper had posted online which he said ''disrespected the Prophet Muhammad''.

The Bradford father-of-three was given a life sentence at the High Court in Glasgow after admitting the murder in Glasgow's Shawlands area on March 24.

Judge Lady Rae told Ahmed he must serve a minimum of 27 years before being considered for release.

Ahmed watched a clip featuring Mr Shah on his mobile phone as he travelled to Glasgow on the day of the murder and was heard in a phone message to say "listen to this guy, something needs to be done, it needs nipped in the bud''.

When he arrived at the shop, Ahmed said he warned the shopkeeper he was there to kill him and asked him to stop claiming to be a prophet.

Mr Shah's brother and a shop assistant tried to fend him off as he launched his attack on the popular businessman, described by locals as a ''pillar of the community''.

The Shah family, who moved to Scotland from Pakistan in the 1990s to escape persecution, belong to the Ahmadi sect of Islam whose beliefs differ from the majority of Muslims.

The court heard their belief that Prophet Muhammad was not the final prophet was a view many consider blasphemous.

In a statement released through his lawyer after the killing, Ahmed said: "If I had not done this others would have and there would be more killings and violence in the world.''

Judge Lady Rae said Ahmed had carried out a "brutal, barbaric, horrific crime'' for which he had shown no remorse and even appeared proud of what he had done.

She described the calculated nature of the murder as "chilling'', saying he had carried out what was in effect an ``execution''.

As he was led from the dock, Ahmed raised his hand and made a pronouncement praising the Prophet Muhammad to members of his community gathered in the court.

Ahmed will serve a minimum of 27 years before he can be considered for parole.

The judge said she had discounted the sentence by three years in view of his early admission of guilt.

Lady Rae told him: "It is clear this was a barbaric, pre-meditated and wholly unjustified killing of a much-loved man who was a pillar of the local community.''

She described Mr Shah as a family, peace-loving man who went out of his way to respect people of all faiths and had been attacked in an "appalling display of merciless violence''.

She said: "Your determination to kill Mr Shah was obvious. What is so chilling is that what you did was calculated and deliberate.

"You did not know the deceased but you decided that you had a duty to kill him.''

Following the confrontation during which the shopkeeper was unwilling to change his views, the judge said Ahmed had carried out ``what was in effect an execution''.

She said she accepted that the crime was not the result of prejudice against the Ahmadi community but that it was religiously motivated.

Lady Rae said: "It's clear you are proud of what you did. You seem oblivious to the fact that you have devastated a family.''

England's R number remains unchanged at between 1.2 and 1.4 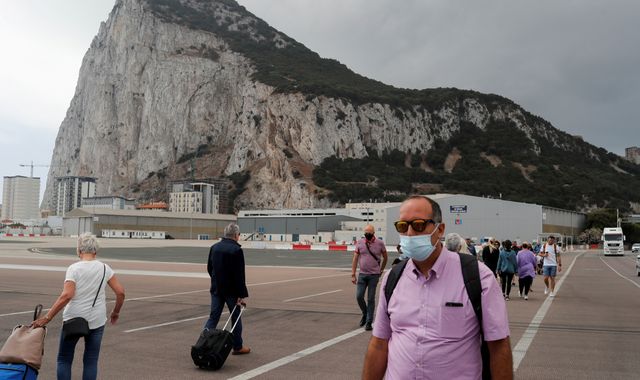