Baby Box Should Include Items To Support Breastfeeding, Says Labour

Labour has called for breastfeeding equipment to be included in Scotland's new baby box.

The party wants more items that could help support women to breastfeed to be included in the boxes, which will be handed out to the parents of every baby born on or after August 15.

Inspired by Finnish baby boxes, the Scottish versions are filled with essentials such as nappies, clothes and books as well as a mattress and blanket.

Monica Lennon MSP, Labour's inequalities spokeswoman, has written to ministers urging them to consider a pilot scheme featuring additional items such as a breast pump, nipple shields and cream, and a higher quantity of nursing pads.

Figures show almost half of babies born in Scotland in 2015/16 were being breastfed at around 10 days old.

Ms Lennon said: "There is more that can be done to support and encourage breastfeeding in Scotland.

"The evidence shows that breastfeeding has a positive impact on long-term health outcomes, and it therefore makes sense that the Scottish Government should be doing all it can to promote awareness of these benefits, while also providing practical support to assist women in their choices.

"Breastfeeding may be natural, but it is not always easy. The baby box presents a unique opportunity to improve breastfeeding support as part of the aim to provide every child in Scotland with the best possible start in life.

"I have written to SNP ministers proposing that the Scottish Government runs a pilot scheme of including direct aids to support breastfeeding in the universal baby box.

"This would be a very practical resource, in addition to existing advisory services, and I hope the SNP will take the proposal on board." 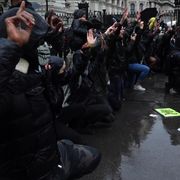 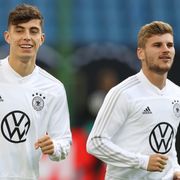