Tributes have been paid to a 24-year-old who was stabbed during a disturbance outside a 21st birthday party.

The victim, named locally as Gary Weir, was fatally injured after attending a function at Shettleston Juniors Football Ground in Glasgow on Saturday night.

Three other men, aged 23, 25 and 26, were also injured in the disturbance in Shettleston Road.

Detectives investigating Mr Weir's death have appealed for any party guests with information to contact them.

Easthall Residents Association described him as "one in a million'', posting on their Facebook page: "Gary's larger-than-life personality will be sorely missed around Easthall, he was always full of fun.

"You are one in a million, one of life's good guys.

"Our thoughts go out to Maggie, Paul, Paul Jnr, Mick, James and the rest of Gary's family and friends.''

Mr Weir was taken to Glasgow Royal Infirmary following the disturbance at around 12.35am on Sunday but died soon after arrival.

It is understood his family are still mourning the death of his 19-year-old sister Claire in 2012.

"We lost a brother and a lot of people have lost a great friend who would never walk past someone he knew without shaking hands with them.

"You're back with Claire brother, so rest easy.''

Shettleston Juniors said in a message: "We are all saddened by the sad news of the young boy that lost his life last night just yards from the club.

"The boy was attacked by males as they walked away from the premises. Our thoughts and prayers are with the boy's family.''

Police officers are reviewing CCTV footage from the scene and carrying out door-to-door inquiries.

Detective Inspector Martin Fergus said: ''We know that there had been a 21st birthday party function at the club and I would appeal to anybody who was at the function, or knew of anybody attending the function, to please contact us.

''It is clear that this disturbance took place in the street. Therefore if you saw or heard anything, no matter how trivial you may think it is, it is vital that we speak to you.

''I also urge anyone who was passing by the football ground at around 12.30am this morning and saw anything suspicious to contact police immediately.''

Anyone with information is asked to contact Police Scotland on 101 or Crimestoppers on 0800 555 111.

UK weather: temperatures to plummet below -10C in Arctic freeze 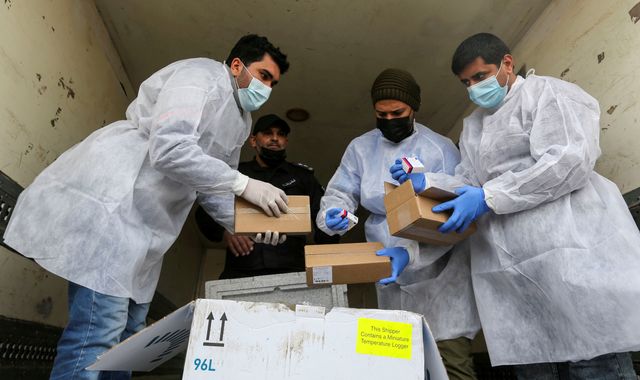