A quarter of intensive care patients are readmitted to hospital shortly after returning home, according to a study.

Researchers said their findings suggest that some of the readmissions are avoidable.

High levels of stress among patients' carers, difficulty understanding health and social care packages and psychological trauma were found to be some of the factors contributing to the "high" rates of return to hospital.

Getting to the root of the reasons for unplanned readmissions is key to developing care packages that support patients at home, researchers say.

With unplanned hospital readmissions thought to cost the NHS in England £2 billion a year, it could also save vital funds, they claim.

Intensive care units (ICU) are specialised wards that look after people who are extremely ill and need close monitoring, including those with sepsis, car crash victims and patients recovering from heart attack.

The University of Edinburgh said that findings from more than 55,000 anonymised records from ICU patients in Scotland showed that one in four patients experienced unplanned readmissions within three months of leaving hospital.

Researchers led by the Edinburgh team then interviewed 58 ICU patient volunteers and unpaid carers about the issues they felt contributed to their return to hospital.

In some cases, readmission was medically unavoidable and linked to acute illness.

However, around half of the patients reported that their readmission was linked to various factors, including carers' stress, psychological trauma after facing near-death and poor understanding of health and social care systems.

Researchers say the findings highlight the need for services to take into account complex psychological and social needs and for patients to be better supported in the months leaving ICU.

Lead researcher Professor Tim Walsh, of the University of Edinburgh, said: "This is a fascinating chance to learn from patients and understand avoidable reasons why they might be readmitted to hospital, so that we might spot those most at risk.

"Our findings show that we have some way to go to improve quality of life for intensive care survivors."

A Scottish Government spokeswoman said: "This research shows many patients leaving intensive care have complex on-going health issues and points to the need for researchers to look at developing specialist care packages that can reduce the need to return to hospital.

"We expect all agencies to work together to ensure the safe, timely and appropriate discharge from hospital, once treatment is complete.

"This includes a new right for carers to be involved in discharge decisions."

The study has been published in the journals Thorax and BMJ Quality and Safety. 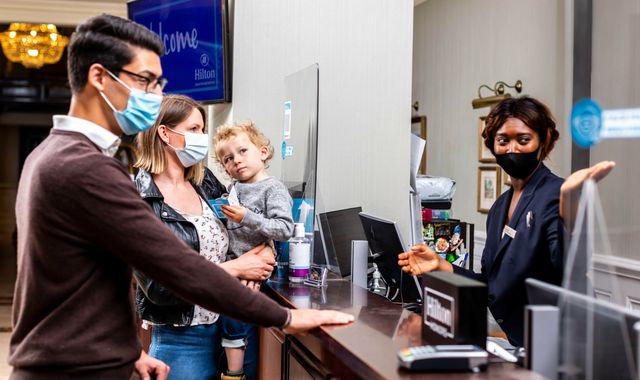