Car used in shooting murder in Airdrie was 'stolen'

A car believed to have been used in the murder of a man outside his home was stolen in Glasgow just over a month before the shooting, police have said.

Gary More, 32, suffered "significant injuries" after a number of shots were fired at him in Gartness Drive, Airdrie, at around 8.10pm on Thursday.

Police and ambulance crews rushed to the busy residential area in North Lanarkshire, but Mr More died at the scene.

Detectives believe some witnesses may be reluctant to come forward with just a "limited response" to appeals so far.

The suspect is believed to have got into a white Skoda Fabia which sped off with a number of people inside.

The same model and colour of car was later found burnt out near Craigmaddie Road in Balmore, Milngavie, and is being examined by forensic teams.

Police Scotland said enquiries have established the car was stolen on August 2 this year from the Pollokshields area of Glasgow. Its original registration was SH13 UMG but it may have had other plates fitted.

Detectives are now appealing for any information on the whereabouts of the car between August 2 and September 6.

Drivers are also being asked for any sightings between 7pm and 11pm on Thursday.

Detective Superintendent Jim Smith said: "Our priority is to trace whoever is responsible for this murder.

"Although we believe Gary was the intended target, the shooting was carried out in a busy residential area with absolutely no regard for public safety. The response received from the public has been limited.

"This is despite the fact that children and members of the public were there at the time and could so easily have been injured. I am urging anyone with information to please pass it on to police.

"A team of highly experienced detectives continue to work on this enquiry. We are doing everything we can to trace whoever is responsible and we would appreciate any assistance the public can provide, as even the smallest piece of information could be vital to this murder investigation.

"It may be that people are reluctant to come forward, however, I would like to reassure people that information can be given in confidence and you can also contact Crimestoppers where you can remain anonymous.

"Additional officers continue to patrol the area to provide public reassurance to the local community and anyone with concerns should speak to officers." 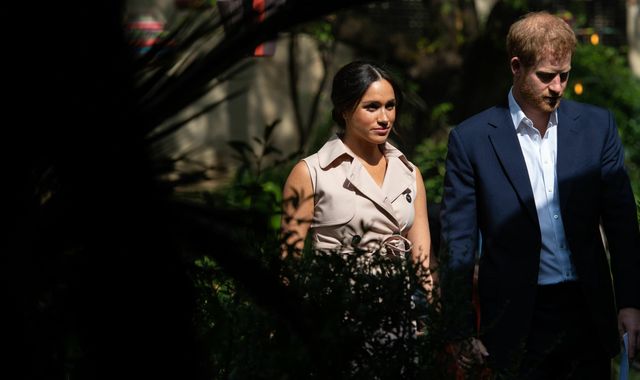 Royal Family could take £35m hit because of COVID-19, as figures reveal family's most expensive trips