A Catholic priest who described Glasgow Pride as a "gross offence to God" has been removed from his role as a university chaplain.

Father Mark Morris reportedly organised a rosary of "reparation for the gross offence to God which is Pride Glasgow" at the Immaculate Heart of Mary Catholic Church in Balornock.

A website notice for the event on Sunday has since been deleted but he will no longer serve as chaplain at Glasgow Caledonian University (GCU).

She described leading thousands of marchers at Scotland's largest LGBTI pride event as a "real honour".

GCU initially said it was "extremely disappointed" to hear of the service and would look into the matter.

University principal, professor Pamela Gillies, said: "Following due consultation Father Mark Morris will not return to his chaplaincy role at the university in September.

"The university will work with the Archdiocese of Glasgow to ensure the continued provision of chaplaincy support for staff and students at our Faith and Belief Centre when the new term starts.

"The University is strongly inclusive and committed to supporting equality and diversity on campus."

A spokesman for the Archdiocese of Glasgow said: "The Archdiocese is aware of the University's decision and will address the provision of chaplaincy support in due course." 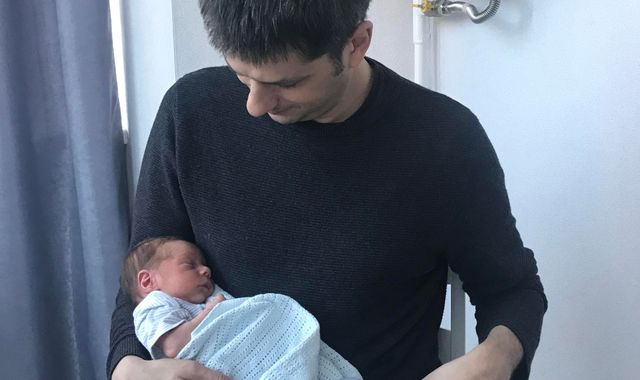