A charity has called for urgent talks to ensure Scottish women are given the same access to a "life-changing" breast cancer drug as patients in England.

Breast Cancer Now said it was an "injustice" that women north of the border cannot routinely access Perjeta.

The drug, also known as pertuzumab, was recommended for routine use in England by the National Institute for Health and Care Excellence (Nice) on Wednesday.

Nice sanctioned the drug for use for women who have HER2-positive breast cancer which has returned to the breast but is inoperable, or where it has spread to other parts of the body, in combination with other medication.

However, it was rejected by the Scottish Medicines Consortium (SMC) for a third time in June 2017 on the basis it was not cost-effective.

The charity has urged the Scottish Government, drug manufacturer Roche and the SMC to work together to ensure Scots have routine access to the treatment.

Scotland policy and campaigns manager Lawrence Cowan said: "It's an injustice that Scottish patients cannot routinely access a drug that is the standard of care in England.

"We need urgent talks to break this deadlock and for Roche, the SMC and Scottish Government to work together to find a solution for Scottish patients.

"The only way women in Scotland can currently access this drug is if they pay for it or appeal for exceptional NHS access through an individual patient treatment request.

"Both options can cause patients significant stress and uncertainty, and this is totally unacceptable.

"The fact that a deal has been reached in England proves that it is possible for this drug to be made available in Scotland at a price the NHS and taxpayer can afford.

"Everyone needs to work together and end this injustice now. Women with secondary breast cancer in Scotland must not be left behind."

An SMC spokesman said: "We understand how devastating breast cancer can be and not recommending pertuzumab (Perjeta) for routine use will have been disappointing to patients and their families.

"However, when we make our decisions we have to take account of the needs of all patients who require treatment by NHS Scotland, not only those who would benefit from the medicine under consideration.

"In this case the SMC Committee was not satisfied that pertuzumab would be an effective use of limited NHS resources. It is a very expensive medicine, particularly when used in conjunction with two other medicines, as in this case.

"SMC would welcome a re-submission from the company taking into account the issues raised."

A Scottish Government spokesman said: "We understand breast cancer patients will be concerned about accessing the drug Perjeta.

"That is why NHS Scotland is meeting the company later this month to discuss the use of the drug in Scotland.

"We are determined to do more to improve access to treatments, including secondary cancer treatments - giving patients longer, better quality lives." 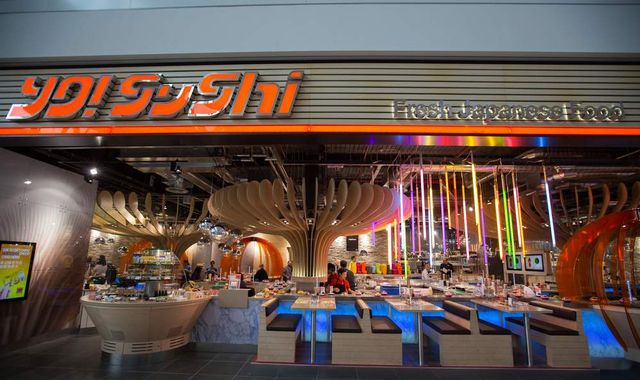 Sushi group YO! to change name as US arm's growth paves way for IPO