Former Rangers director Dave King warned that concerns about the sources of funds available to Craig Whyte in the club takeover may lead to "formal investigation'' by police, a court has heard.

Mr King raised the issue in a letter to the takeover panel on April 26, 2011, about two weeks before the closing of the deal with the businessman.

In the letter, Mr King wrote: "There is concern at a proposal by Mr Craig Whyte to acquire a controlling interest in Rangers Football Club by purchase of the total share hold currently owned by Murray Group.

"There are concerns about the sources of the funds that are available for the potential acquisition and that this may lead to formal investigation by the policing authorities responsible for these matters.''

Asked whether he was aware of this, Sir David replied: "Not at all.''

The court also heard former Rangers chairman Alastair Johnston described the playing squad as a "shambles'' and warned Mr Whyte had not been given the opportunity to understand the issues facing the club.

Mr Findlay read from an email from Mr Johnston to Sir David in March 2011 in which he said: "There has been in my opinion no credible opportunity for Craig Whyte in this process that would have allowed him to totally understand the issues that he will face as majority owner of Rangers Football Club.''

These included the "shambles'' of a playing squad, the upkeep of Ibrox stadium and health and safety-related maintenance.

The lawyer said: "In general terms, you entrusted the club to a board that you believed were capable of following the plan that you had left in place but they bring in no investment, their playing squad ends up as a shambles and this is two months before the deal with Mr Whyte, and the chairman has handed a huge extension to the chief executive.

"You were being let down by people who didn't have a clue what they were doing when running Rangers.''

Sir David replied: "I don't agree about the squad being a shambles but the facts are there.''

The Crown alleges Whyte had only £4 million available from two sources at the time but took out a £24 million loan from Ticketus against three years of future season ticket sales.

The court has heard the sale was eventually made to Whyte for £1 but came with obligations to pay an £18 million bank debt, a £2.8 million ''small tax case'' bill, £1.7 million for stadium repairs, £5 million for players and £5 million in working capital.

Mr Findlay produced notes from David Horne, one of Sir David's "closest advisers'', from November 2010 which suggested he knew about the possibility of Ticketus involvement.

He read out the note which said: "Octopus discussion w/CW re £15million possible facility''.

The lawyer said: "Octopus was Ticketus, so it would seem that one of your closest advisers, David Horne, was aware that Mr Whyte may be looking for a partner, a possibility of £15 million by somebody called Octopus.''

Sir David replied: "It appears by that note. I've never seen or heard of that.''

He also told the court that he considered the idea of pre-pack administration for Rangers but dismissed it as not a viable option.

The court was read an email from Murray Group director Mike McGill in which he said he feared "a battle line had been drawn'' over the Rangers board's opposition to the sale.

Sir David said there was a bit of "shadow boxing''.

He added: "A board of directors can be like a family, there can be disagreements.''

Mr Findlay suggested the Rangers board at the time of the sale had performed poorly and found no alternative investment.

The defence lawyer said: "The best they could do was sit and wait for the Sultan of Brunei, or some individual.''

The former owner said: "I don't think they had come up with an alternative plan to raise new funds. I think the club was stalling.''

The trial continues on Tuesday.

'We will deliver': Matt Hancock insists plan to reform social care will be set out this year 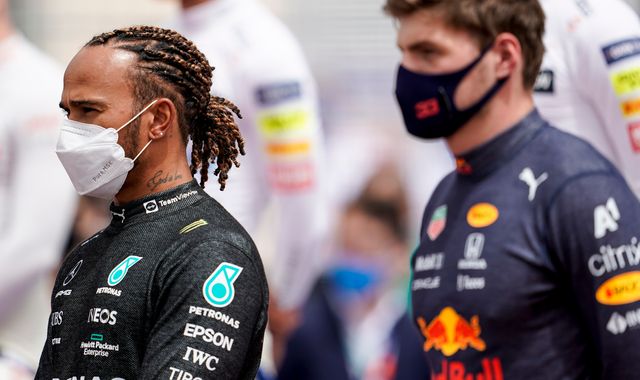