Scotland's councils could be facing a shortfall of more than £500 million in just two years' time, public spending watchdogs have predicted.

The Accounts Commission has forecast the gap between the amount local government spends and its income could grow from £87 million in 2016/17 to an estimated £367 million in the next financial year, before rising again to £553 million in 2018/19.

By then, analysis suggests more than a third of Scotland's 32 local authorities will face a funding gap that is greater than the amount of cash they have in reserves.

The figures were contained in a new report from the Accounts Commission which warned councils will ''need to make significant savings to address forecast funding gaps''.

Just over half of councils plan to use their reserves to balance their budget in 2016/17 - with Angus Council planning to use almost a quarter (23%) of its reserve fund while Dumfries and Galloway Council says it will use less than 1%.

The report, an overview of council finances, said these were ''generally good'' in 2015/16, with authorities able to reduce overall debt levels and make a slight increase in their overall reserves.

It went on to state ''significant challenges for local government finance lie ahead''.

The Accounts Commission warned: ''Councils' budgets are under increasing pressure from a long-term decline in funding, rising demand for services and increasing costs such as pensions.

''There is variation in how these pressures are affecting individual councils, with some overspending their total budgets or budgets for individual services such as social care.

''Councils need to change the way they work to deal with the financial challenges they face. All councils face future funding gaps that require further savings or a greater use of their reserves.''

When the figures for 2016/17 were taken into account, authorities have seen a real-terms reduction in government funding of 8.4% since 2010/11, with the Accounts Commission stating this is ''approximately the same as the reduction in the Scottish Government's total budget over the same period''.

The report said councils ''have experienced a long-term decline in their grant funding from the Scottish Government'', adding this ''is is expected to continue to fall in future, putting greater pressure on budgets''.

Authorities spent £19.5 billion in 2015/16, with spending increasing on ''key services'' such as social care ''because of rising demand from an ageing population''.

The Accounts Commission said: ''Many councils overspent their social-care budgets and this poses a risk to their longer-term financial position.''

Meanwhile, 22 councils ''spend 10% or more of their revenue income on servicing their debt,'' according to the report.

The Accounts Commission said: ''Long-term financial strategies must be in place to ensure council spending is aligned with priorities.''

It added that not all authorities have a financial strategy in place for the medium to long-term.

''Three councils (East Renfrewshire, Glasgow City and Highland) do not have a financial strategy covering the medium or long term.''

Ronnie Hinds, deputy chair of the Accounts Commission, said: ''Councils are generally doing a good job with their finances in difficult circumstances.

''But pressures continue to increase on a number of fronts at the same time as they face the prospect of further reductions in their funding.''

''There is no doubt that despite difficult settlements from the Scottish Government, councils have managed their finances well but significant challenges lie ahead in maintaining this.''

He added that ''unlike many other parts of the public sector, Scotland's councils have by law to set a balanced budget''.

Mr Keenan continued: ``As the report recognises, the Scottish Government provides around 60% of the total income for a council.

''Sadly, over the past six years, up to and including 2016/17, Scottish Government funding (revenue and capital) for councils has fallen by over 8% in real terms.

''We all know the direction of travel for public sector finances. Indeed, the report actually warns of further reductions in funding for councils from central government while demand on council services, particularly social care, continues to rise.

''Whilst councils and councillors do their best to mitigate the damage to communities from political choices made at the centre, this is becoming harder and harder to do.''

Scottish Conservative local government spokesman Graham Simpson said the report ''highlights the scale of the difficulties faced by councils who have seen their budgets slashed by the SNP in recent years''.

The Tory MSP added: ''Most councils have coped well but it is getting more and more difficult.

''The report rightly warns that worse is to come and we would urge the SNP to come clean on what lies in store for local authorities down the line.''

Scottish Labour deputy leader Alex Rowley said: ''These figures confirm that the SNP has slashed funding for local services, like schools and social care, which put the life chances of people across Scotland at risk.

''Last year the SNP cut £500 million from local council budgets. This has a direct impact on vital local services like schools and social care.

''Only by investing in our local public services can we give people the skills they need to get on.

''Labour will amend any SNP budget to use the tax powers of the Scottish Parliament so we can invest in public services rather than carrying on with austerity.''

''Much time and effort has been spent negotiating the financial relationship between Holyrood and Westminster, and what powers should be controlled by the Scottish Parliament.

''It is clear we now need to dedicate as much time and energy on negotiating a fiscal framework for local government to set the ground rules for future funding and to increase fiscal autonomy and democracy.''

''This report highlights the pressures that councils - like other parts of the public sector - face, but also highlights that they are continuing to improve services.

''We expect local authorities to continue to use resources as efficiently and effectively as possible to ensure taxpayers get the best possible services and value for money.

''The report makes a number of recommendations aimed at helping councils to meet future challenges.

''We welcome the report and would expect all councillors to consider and take any necessary action to implement its recommendations.'' 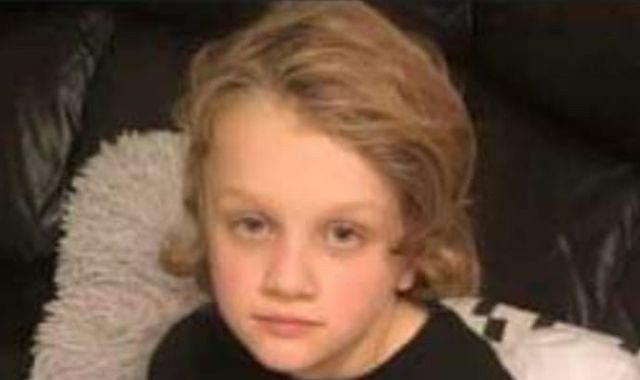 You can now be paid £1,000 to review bottomless brunch