A new app could help enhance home and hospital environments for elderly people and those with dementia, by asking them to give feedback on their surroundings.

A first of its kind, the app assesses and gives feedback on how suitable a residence, care facility or other environment is for older people, particularly those with the condition.

Lesley Palmer, chief architect at the DSDC, said: "Iridis revolutionises how we improve the day-to-day lives of older people and those living with dementia around the world.

"At the touch of a button, people with dementia, their families and health professionals will be able to assess how dementia-friendly their built environment is and how it can be improved."

Iridis allows users to use smartphones and tablets to assess environments - such as homes or hospitals - to ensure they fit with suitable design principles.

The technology asks a series of questions about the surroundings and requests photographs of the environment.

It then uses the data to highlight potential problems - such as issues with furniture, lighting, colour contrast and noise - before recommending changes.

Stephen Brooks, director of Space Architects, said: "I think this is an excellent tool for us, particularly because it gives us that solid base of information that is quantifiable.

"So, when we are looking to make improvements or upgrading an existing building, we know we are on a sound footing."

Chris Little, 84, was among those shown the app at Trust Housing Association in Livingston, West Lothian.

The mother-of-four moved to the home five months ago but has settled in well, claiming she feels as though she has been there "much longer".

Ms Little, who does not have dementia, believes the new technology could go some way to helping other elderly people make sure where they live is suitable.

She added: "Absolutely, I would say (it could help).

"I'm just sorry I've never tried to use one (a tablet) before. My family have been on at me about getting one and using it, so I've no excuse after all of this."

After its launch, data collected from users of the app will allow its designers to continually update and improve the technology.

Richard Baker, policy and communications manager at Age Scotland, said: "It's going to make it easier for the places with people with dementia go for care and support to make sure they're designed in a way that meets the needs of people with dementia - and also elderly people more broadly." 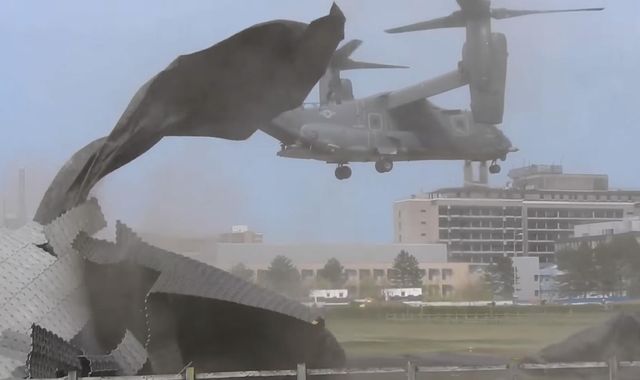 COVID-19: Wales speeds up lifting of lockdown restrictions once again