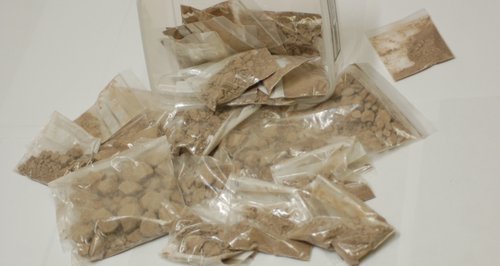 The number of drug-related deaths has jumped by 15% in a year to the highest figure ever recorded.

The 2015 figure was also more than double the number of drug deaths recorded a decade ago in 2005, when the total stood at 336.

The statistics, released by the National Records of Scotland (NRS), also show men accounted for over two-thirds of the deaths last year, and NHS Greater Glasgow and Clyde had the highest number of deaths of any health board area with 221.

There were 74 deaths in which new psychoactive substances (NPSs) - so-called legal highs - were implicated, but just three were believed to have been caused by NPSs alone, statisticians said.

Ministers pointed to figures showing that drug-related deaths are particularly affecting an ageing group of users.

Dave Liddell, director of the Scottish Drugs Forum, said: "The increase in fatal drug overdoses is a wake-up call to redouble efforts to reduce this tragic and largely preventable loss of life.''

Of the 706 deaths, heroin and/or morphine were implicated in, or potentially contributed to, 345 of them. This was almost half the total and was more than in any previous year.

Methadone was implicated in 251 deaths (36%), which was lower than its peak in 2011 but more than in any of the previous three years.

Some 93 deaths last year involved people who had used cocaine, while 15 had taken ecstasy-type drugs, the data shows.

Public Health Minister Aileen Campbell said: "These figures show that we have an ageing group of drug users who are experiencing increasingly poor health. This is a legacy of Scotland's drug misuse which stretches back decades.

"To address this we have funded research to investigate the issues associated with older drug users through the Scottish Drugs Forum. We have also achieved significant reductions in treatment times for those needing treatment for their drug problem.

"We remain committed to tackling the scourge of illegal drugs and the damage they do to our communities, and to support those who are struggling with addiction.''

Chief Superintendent Barry McEwan, of Police Scotland, said: "Today's figures continue to show that drugs have a significant negative impact on our communities across Scotland, claiming lives and devastating families.

"The rise in drug-related deaths is disappointing and unfortunately every death leaves a tragedy in our communities and shows there is no safe way to take drugs - those who choose to take the risk of using drugs are risking their life.''

Euro 2020: England qualify for knockout phase without kicking a ball