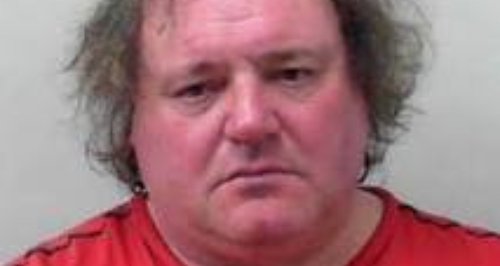 A drunken holiday jet passenger who threatened to stab a pilot and kill everyone on board has been jailed for eight months.

Martin Johnson, 56, bought two bottle of duty free white wine at Bristol Airport and downed one before boarding the easyJet flight to Malaga.

Passengers - including schoolchildren - saw him in his seat swigging from the second bottle of wine hidden in a bag under his seat before disappearing to the toilets, Bristol Crown Court heard.

Prosecutor Janine Wood said cabin crew found an empty bottle of wine in the toilet and also discovered that someone had urinated all over the cubicle.

They alerted the pilot and when they announced over a tannoy that the flight was returning to Bristol, Johnson became abusive.

Johnson then added: "I'm going to stab an air hostess and kill everybody on the plane.''

Mrs Wood told the court: "Paula James had the misfortune to be sat next to him on the plane. She saw him drinking from the bottle.

"Miss James says, 'I felt petrified but I kept calm because there was a row of children sat behind us with their teachers'.''

The court heard that Johnson's drunken antics had caused disruption to many of the 153 passengers whose holidays and travel were delayed until the following day - and cost easyJet tens of thousands of pounds.

Johnson, who is also known as James Kelly, was arrested when the flight landed back at Bristol on the evening of April 27 this year having turned around after 25 minutes while over Guernsey.

Mrs Wood said: "He told police he had drunk the first bottle of wine in the departure lounge and he didn't think he was drunk and he denied making the threats the witnesses say he did.''

Scottish-born Johnson, of Hart Road, Harlow, Essex, had previously pleaded not guilty to being drunk on an aircraft but after skipping bail was convicted by magistrates in his absence.

He was later arrested in Glasgow and held in custody and when he was brought before JPs they decided to send him to Bristol Crown Court to be sentenced.

Johnson, who was not represented, told the court that while sat in his seat on the plane he lied to cabin crew about having alcohol and instead of surrendering it he decided to pour it down the toilet.

"I was in the toilet for seven minutes and I heard over the PA system that they were turning the plane back because someone was being violent and disruptive,'' he said.

"I knew I was going to be arrested so for a minute or so I said things like, 'that's out of order'. It was not loud and I wasn't shouting and I was mumbling to myself.

"This lasted for less than a minute and I wasn't violent. I swear I never said anything about stabbing anyone and I never used the words 'hit a hostess'.''

Johnson added: "If I had given them the alcohol I would not have been arrested but I decided to empty it down the toilet. I am sorry about that. I have been out of trouble for a long time and I wish there was some alternative to prison.''

The court heard that easyJet has since banned him from flying with them ever again.

Jailing him for eight months, Judge Michael Longman said Johnson's behaviour would have disrupted holidays, business meetings and flight schedules, as well as causing "fear and alarm'' for passengers.

"You accept that you drunk some wine from the bottle you had retained and that was witnessed by others,'' he said.

"You were asked by the cabin crew to put the bottle in an overhead locker, which was an instruction that you disobeyed and one way or another you went to the toilet and disposed of the wine.

"You drunken behaviour had already come to the attention of fellow passengers and the decision was taken to return to Bristol.

"Your response was to make violent threats to cabin staff and the pilot and to kill everybody on board.''

The judge added: "The vast majority of aircraft passengers are sensible and law abiding and when people act irresponsibly and idiotically like you did, sentences of imprisonment will always be required.

"I take into account there was no physical violence although the oral threats were bad enough. In the circumstances there must be a sentence of immediate imprisonment.''

Only last month aviation minister Lord Ahmad pledged to examine the way alcohol is sold at airports amid a spate of incidents on planes involving drunken passengers.

"Whilst they are rare, easyJet takes all incidents of disruptive behaviour very seriously. We have a duty to ensure the safety and well-being of all of our employees,'' a spokeswoman said.

"Our employees are trained to assess and evaluate all incidents and act quickly and appropriately.

"We do not tolerate abusive or threatening behaviour and always push for prosecution.''