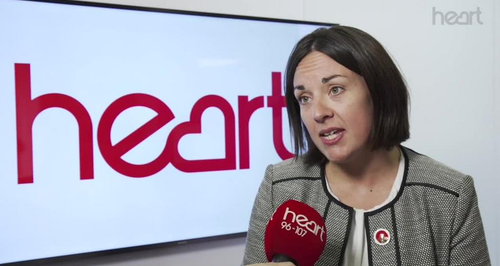 Scotland needs to come to terms with the "deep divisions'' opened up by the vote for Brexit, Labour leader Kezia Dugdale will say.

Two weeks after the UK voted to leave the European Union, Ms Dugdale is to make a major speech in Edinburgh on the aftermath of the referendum.

Voters north of the border backed remaining in Europe by a majority of 62% to 38%, but Ms Dugdale will stress the need to reach out to the one million plus Scots who opted to leave.

While she will make clear that she does not agree with the arguments made by Brexit campaigners, she will add that there has been no attempt so far to reach out to Leave supporters.

Ms Dugdale will say that the Labour Party "needs to recognise that it wasn't just disenchantment with the Tory party that brought this Leave result home''.

Instead she will claim the shock result stemmed from a "disdain for an entire political class who look out of touch, elitist, deaf to the concerns that people are raising and with no answers to the big challenges our country is facing''.

Ms Dugdale will continue: "The places where high Leave votes were found in Scotland are some of the poorest communities in our country.

"Many of them are also places that voted in large numbers for Yes in the Scottish referendum. For example, in the east end of Glasgow, 44% of people voted Leave.

"In total, over one million people in Scotland cast their vote for Leave two weeks ago.

"Politicians of every party in Scotland need to face up to the fact that we are not immune to the deep divisions that made people vote Leave in England and Wales.''

She will say this is a "wake-up call to us in the Labour Party too'', adding: "We need to ask ourselves why people in the very communities we seek to represent weren't convinced by our argument both at the independence referendum and at the EU referendum.

"We need to understand why they felt the gamble of independence or the gamble of leaving the EU was a better prospect than fighting for change within the system we have.