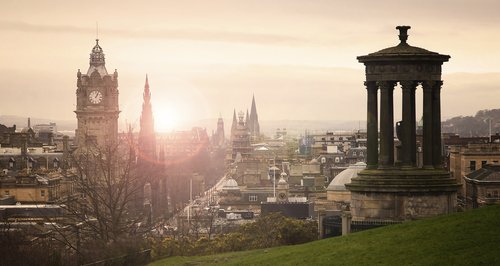 Edinburgh is the most expensive city in the UK for students, according to the Royal Bank of Scotland's student living index.

Portsmouth topped the index as the most cost-effective city, followed by Liverpool and Newcastle.

The index surveyed 2,500 students across the UK to determine the most and least affordable places to study of 25 university cities.

The survey took into account a range of factors, including living and accommodation costs and average incomes for students.

It also looked at how much students spend on going out and how much time they spend studying.

It found that above-average weekly rent of about £112 and significantly lower than average term-time income of about £995 combined to make Scotland's capital the least affordable place to study.

The affordability of Portsmouth, Liverpool and Newcastle was boosted by students in all three cities having the highest term-time incomes of around £1,515, £1,425 and £1,421 respectively.

The three cities also have lower weekly rent costs than the UK average of £109, contributing to their affordability.

Elsewhere, the survey found that students at Cambridge and Oxford spend the most time studying each week, at just over 47 and 40 hours respectively compared with a UK average of almost 31 hours. Students in Leicester studied the least at just over 24 hours.

Students in York spend the most time socialising at almost 12 hours a week, with Belfast students socialising the least at just under seven hours.

Meanwhile, Newcastle students are the biggest weekly spenders on alcohol at £9.32, with Birmingham students spending the least at £4.12.

Dan Jones, Royal Bank of Scotland head of student accounts, said: "Making the most of university can be expensive and there is a massive difference in the costs students face depending on where they choose to study.''