Some of the 17 schools closed in Edinburgh amid safety fears could be affected in the "longer term'', the leader of the city's council has warned.

Andrew Burns was speaking as the local authority confirmed arrangements have now been put in place for 5,900 pupils at the affected buildings to return to classes, either in their own school or at another location.

About 7,600 missed out on lessons after Edinburgh City Council announced on Friday that the schools would not reopen as planned after the Easter break because of concerns about their construction.

The majority of the 2,000 pupils preparing for exams at the five high schools involved resumed lessons on Wednesday, although the council has revealed that practical exams due to take place have been cancelled.

Pupils in S3 returned to classes on Thursday, and the council announced arrangements have been made for youngsters from five primaries - Broomhouse, St Joseph's, Forthview, Pirniehall and St David's - to attend alternative venues from next Tuesday.

Work in still ongoing to make arrangements for some remaining S1 to S3 pupils, who have not yet been able to return to lessons.

Mr Burns said: "I'm delighted we have now been able to put in place arrangements for our primary, special school and majority of secondary pupils. Work is continuing to accommodate our S1, S2 and S3 pupils.''

While he said the exercise has been a "huge logistical challenge for the council'', he added that staff and children at other schools ``have been welcoming the additional pupils and their teachers''.

The schools were all built or refurbished under the same PPP scheme around 10 years ago by Edinburgh Schools Partnership, which last week revealed it was unable to provide safety assurances for the premises, sparking the closures.

The council has now "received early indications that suggest evidence of faults across all 17 affected schools to a varying extent'', Mr Burns said.

He added: "At the moment it is too early to say what the impact will be as full survey results from Edinburgh Schools Partnership have not been yet been received. Some faults may be easy to fix and may not present a major problem while others could be longer term.

"We will provide parents with further information on the impact of individual school surveys once the full reports are received and assessed.

Earlier, Mr Burns revealed the council had not inspected the schools when their construction was completed, as the consortium that carried out the work self-certified they met "all the relevant building standards''.

The Labour councillor said: "Under the regulations in place at the time... Edinburgh Schools Partnership and its agents self-certified to the council, as they were entitled to do so, that the buildings complied with all the relevant building standards.''

When asked if Edinburgh Schools Partnership had been negligent, Mr Burns said: "That will come out in due course.''

But he insisted the council "will be making sure whoever is responsible for this is held to account''.

Reverend Gayle Taylor, who is the chaplain to Braidburn special needs school and two other primaries, said the closures had impacted disabled youngsters.

Rev Taylor, who is also a part-time counsellor at Firrhill High School, said: "When we think of schools we instantly think of the education side. We think about the books, the subjects and what the pupils are learning.

"But being part of the pastoral support team in schools, I know how much support young people get from the social side of schools and the relationships they have there. Young people just don't manage as well without those anchors.'' 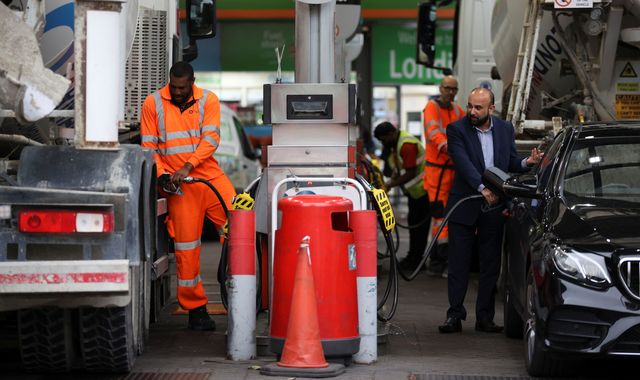