Parties have suspended national campaigning for the General Election in the wake of the London Bridge terror attack.

Three men were shot dead after killing seven and injuring 48 more with a van and knife attack in the UK capital on Saturday night.

It is the second time the campaign for the June 8 poll has been interrupted by atrocities, following a three-day pause after the suicide bomb attack in Manchester.

Scottish party leaders have said their thoughts are with the victims and their families following the London attacks.

The SNP, Scottish Conservatives and Scottish Labour have suspended national campaigning on Sunday while the Scottish Liberal Democrats have also cancelled campaign visits.

An SNP spokesman said: ''All of our thoughts are with those affected by the dreadful events in London. Out of respect the SNP has suspended national campaigning this morning. Appropriate local campaigning will continue and our activities will be kept under review during the course of the day.

``Respect for those who have lost their lives must be our priority. However, it is also important - especially so close to an election - that the terrorists do not succeed in their attempts to undermine our democracy.''

The Scottish Government's Resilience committee will meet later on Sunday to assess the situation.

First Minister Nicola Sturgeon said: ''Following the horrific terrorist attack in the centre of London last night, we are working closely with the UK Government and Police Scotland to monitor the situation. Later today I will chair a meeting of the Scottish Government's Resilience committee.

''My thoughts are with the families and friends of those who have tragically lost their lives and with everyone who has been harmed or affected by these terrible incidents.''

Scottish Labour leader Kezia Dugdale had been due to visit East Lothian, however the party has suspended national campaigning.

Ms Dugdale said: ''My thoughts and prayers go out to the victims and their families after the horrific terrorist attacks in London last night.

''Once again our nation finds itself under attack from those who hate our way of life and seek to change us. But we will not allow that to happen, because the values that they hate - democracy, the rule of law and tolerance - are what make our country so special. It's why Britain is a beacon for other nations around the world. We will not let the terrorists win.

''We must also thank those in our emergency services who yet again put themselves in danger to protect others. Their bravery and commitment to our safety never fails to inspire.

''London is one of the greatest cities in the world, a place where people from every continent have made their home. One of the most multi-cultural cities on earth will continue to welcome people from different faiths, cultures, races and backgrounds. It will not be cowed. We all stand with the people of London today.''

The Scottish Liberal Democrats said that party leader Willie Rennie's planned campaign visit to East Dunbartonshire has been cancelled, while a Scottish Conservative campaign visit by David Mundell to Newton Mearns in East Renfrewshire will not go ahead.

''We will not become immune to such tragedies. We stand with all those affected in their grief, ever more determined to overcome.''

Scottish Conservative leader Ruth Davidson said: ``Our hearts all go out to the families of those affected today and to those who lost their lives last night.

''Once again, the response of the emergency services - from the officers who rushed to the scene to the paramedics who treated people - was incredible. We all owe them so much.''

Flags outside the Scottish Parliament have been lowered to half mast in the wake of the attack. 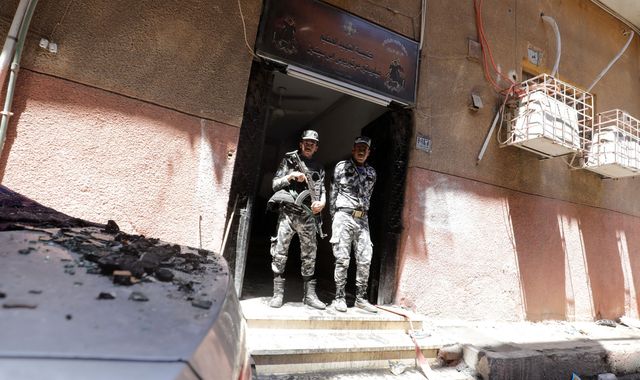