Heart can exclusively reveal tens of thousands of 101 calls to Police Scotland are being abandoned.

Figures obtained by us through freedom of information legislation show 77,670 calls were abandoned between July 2015 and July 2016.

One caller waited 16 minutes in the same month police handlers failed to pass information about the John Yuill and Lamara Bell M9 tragedy.

Police Scotland's failed to follow up the report of a crashed car in which the young couple had been travelling near Stirling in July 2015.

They lay undiscovered for three days before officers finally followed up an ignored 101 call reporting the accident.

Ms Bell, 25, was alive when she was found but died later in hospital.

Callum Steele from the Scottish Police Federation, which represents rank and file officers, said the figures are "simply unforgivable".

Mr Steele accused the force of having a "move along" attitude and claimed the challenges are "as plain as the nose on your face".

Police Scotland faced fierce criticism for its failure and a review of force procedures was launched.

We have also discovered 420 members of staff are tasked with call handling duties across Scotland.

Lamara Bell's father Andrew Bell told Heart: "It is ridiculous. Something else is going to happen and you think to yourself, what is this going to take not to happen?

"They seem to be at the maximum amount of pressure. The training seems to be very complex and they lose people as soon as they get them. I don't understand why they don't just localise it again".

"I just wish there was some way to do the 101 calls that means they are never going to miss another call every again. There are not enough police."

Callum Steele, from the Police Federation, said: "Regardless of what way the information is presented there is nothing in it which should be considered to represent a glowing assessment of performance.

"That 78,000 people for whatever reason, never got the service they were expecting when calling the police is simply unforgivable. They will not care whether this was due to sufficiency of staff in call centres or control rooms or elsewhere.

"It is unfortunate at best that the service response is one of move along - nothing to see when it is as plain as the nose on your face that there are significant challenges in many parts of the service.

"Of the other 24-42,000 dropped calls (depending on how the figures are measured) members of the public may well have been calling in with vital evidence or criminal intelligence. Whilst these may not be direct call answering problems, they are problems none the less and reinforce the reality of a service stretched beyond capacity.

"By refusing to acknowledge even the perception of an issue that would rightly concern the public, the service does itself no favours.

"It is perhaps understandable that the service would wish to convey as positive a message a possible but the abject denial of any problem will infuriate police officers and staff alike. They are working under incredible pressure against impossible odds to deliver high quality policing responses and they will not recognise the rose garden picture being presented."

Conservative Shadow Secretary for justice Douglas Ross MSP said: "I'm very concerned that there are tens of thousands of people trying to get through to the 101 police number, but are unable to do so.

"We are encouraging people to use this number to report incidents, so I would expect Police Scotland and the Scottish Government to be looking into this as a matter of urgency.

"The SNP still believe that a single national police force for Scotland is the best way forward, but day-in, day-out, we are seeing concerns about Police Scotland, and these figures will once again bring their call handling capabilities under scrutiny."

Scottish Labour Justice spokesperson Claire Baker: "It is completly unacceptable. That does not inspire confidence in the public and they deserve a better service than that. It is extremely worrying.

"After we had the terrible case of Lamara Bell and John Yuill in the M9 tragedy, that was a horrific case. It is really concerning we still, over the last year, see a high volume of calls going abandoned. It is really something Police Scotland and the Scottish Government must be held to account over."

ACC John Hawkins said: "It is misleading and inaccurate to suggest that in excess of 77,000 non-emergency calls are "unanswered" by Police Scotland.

"Police Scotland receives around 2,500,000 non-emergency (101) calls each year and the current average waiting time for the public using our service is 12 seconds.

"Calls referred to as "abandoned" are defined as a call where the caller has disconnected without speaking to an advisor. This is not a suggestion that calls are routinely being unanswered but rather that the caller has chosen to disconnect the call. This could be for a number of reasons including the caller has decided to redial and select another option from the pre-recorded menu or Police assistance is no longer required.

"Importantly 101 callers are instructed while waiting to terminate the call and to dial '999' if they are experiencing an emergency or the incident is escalating.

"It is important to stress that each and every '999' call is treated as a priority and in instances when the caller hangs up prior to speaking to our staff we will always call back in order to ensure that the caller is safe and well."

Do you work for Police Scotland? Do you work in the Police call centre? Email anonymously connor.gillies@thisisglobal.com 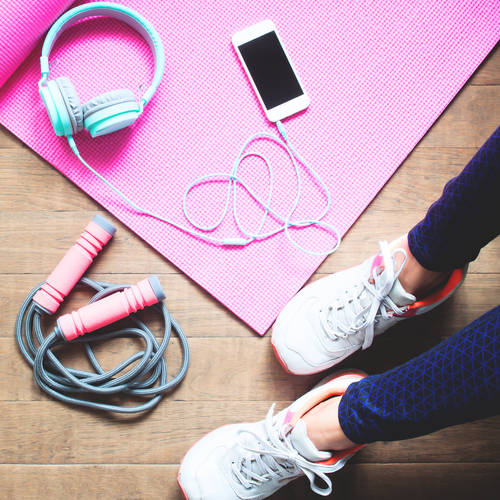 Gym membership refund: How to get your money back amid the coronavirus pandemic

How to celebrate your birthday during lockdown: Fun ideas to make your big day special