The family of a "gentle and kind-hearted" taxi driver murdered 35 years ago have issued a fresh appeal for information to help catch the killer.

George Murdoch, known as Dod, was attacked as he worked in Aberdeen on the evening of Thursday September 29 1983.

No-one has ever been caught for the killing of the married man, who was 58 when he died.

With the 35th anniversary of Mr Murdoch's death looming on Saturday, his relatives have turned to the public for help to track down the killer, saying: "It's never too late to see justice be done."

His nephew Alex Mckay said: "Try to imagine how you would feel if a loved member of your own family had been murdered and you still didn't have answers.

"Please help the police to identify Dod's killer and bring justice to our family."

Mr Murdoch was working in the west end of Aberdeen when he picked up what would turn out to be his last-ever fare.

At 8.35pm, he told his control room he was heading to Culter but never reached the destination.

He turned into Pitfodels Station Road, on the outskirts of the city near Deeside railway line, where he was attacked and later died.

A £10,000 reward for information resulting in the arrest of the person responsible has been put up by Mr Murdoch's relatives.

Mr Mckay said: "Dod was a gentle, likeable and kind-hearted man, usually with a smile on his face."

He told how Mr Murdoch and his wife Jessie had a happy life together, enjoying their shared interests and nights-out with family and friends.

"Even though Jessie lived for a number of years after her husband's passing - she died 21 years later in 2004 - it could hardly be called a quality life," Mr Mckay said.

"She never got over his death, growing increasingly frail and soon unable to get out on her own."

He continued: "Thirty-five years is a long time but it's never too late to see justice be done and our family urges anyone out there who thinks they might have information to please get in touch with the police.

"Do you know who the killer was? Did you see something that night but didn't think it was important enough to pass on at the time?"

Police have issued two photographs - one of Mr Murdoch and his wife at Mr Mckay's wedding in 1977, and another of an identical replica of the cheesewire used during the attack.

Officers said it was an unusual item for someone to have and they hope the image may prompt people to come forward with information.

Detective Inspector Gary Winter said: "Thirty-five years have passed since George was murdered and the case continues to be reviewed and investigated by specialist officers.

"This review consists of using the most advanced currently-available forensic techniques and significant re-interviews of the key eye witnesses who saw the assault take place.

"The murderer has been described as a man is his late twenties to early thirties, who had dark hair which sat over his ears; he was of a thin build and around 5ft 7ins.

"George's killer would now be approaching his sixties or older and has enjoyed a life denied to his victim and his wife."

He said someone knows what happened.

"I believe that someone must have suspicions about who did this, given the route taken that night by the killer, the violent nature of the assault and the cheesewire they had with them.

"Were you expecting a visitor that night who never turned up? If you are aware of any information or have suspicions about who is responsible - even if you think the police are already aware - please get in touch so that we can check this against our records.

"We remain committed to ensuring the person responsible for George's murder is brought to justice so that we can give his family the answers they deserve."

Police can be contacted on 101 or people can e-mail a dedicated inbox at SCDHOLMESAberdeen@scotland.pnn.police.uk 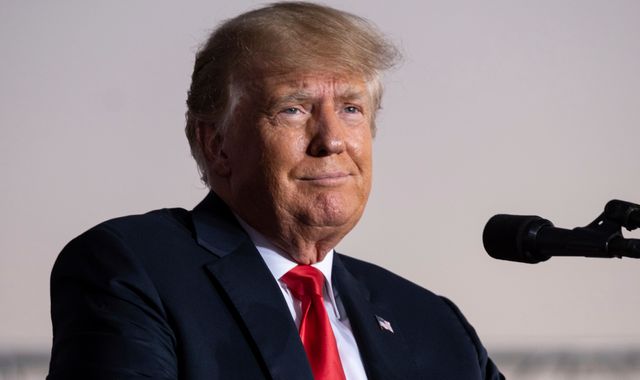