A blaze in a derelict Glasgow hospital has been largely contained, firefighters said.

At the height of the blaze on Tuesday night around 100 firefighters were working at the scene of the old Stobhill Hospital in Balornock Road, Springburn.

Crews said the flames have largely been contained but "a few pockets" are still being extinguished. There were no casualties.

The Scottish Fire and Rescue Service was alerted at 6.20pm on Tuesday.

Area manager Gordon Pryde said: "The fire has now largely been contained, but this has undoubtedly been a challenging and protracted incident.

"A phenomenal amount of work has been done overnight to bring this fire under control, and to protect surrounding buildings.

"I must praise the response and professionalism of our firefighters - they have been exceptional.

"And I would like to thank our operations control firefighters for working effectively with our partners throughout the night and into today.

"There is more work to do, and crews will remain on the scene as they work to extinguish the fire."

Police are working with the fire service to investigate the cause of the blaze and have appealed for information.

Detective Inspector Craig McPhail said: "Any fire is dangerous and the incident last night at the derelict building at Stobhill Hospital had the potential to affect the working hospital on the same grounds.

"Thankfully, nobody was inside the derelict building and no neighbouring buildings needed to be evacuated.

"The Scottish Fire and Rescue managed to get the fire under control quickly and it has now been extinguished. We will now work alongside them to establish exactly what has happened.

"We are appealing for anyone who has any information regarding the fire, or anyone who was in the area last night as the fire started, to come forward and contact us. You may have information that can help." 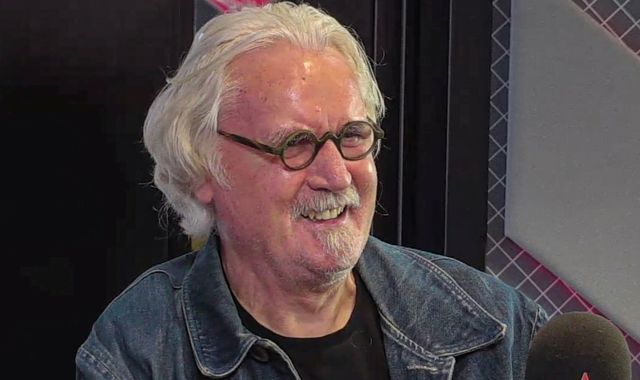