Fresh calls for BTP merger to be scrapped

The UK's three largest rail unions have joined forces with Labour in a renewed bid to stop the merger between the British Transport Police and Scotland's national police force.

The RMT, TSSA and Aslef unions have all spoken out against the move, urging Transport Secretary Michael Matheson to speak to workers about their concerns.

Mick Cash, the general secretary of the RMT, warned the merger would "jeopardise" the specialist policing delivered by the BTP, and could leave taxpayer with a "ballooning bill".

He accused the Scottish Government of "press ganging BTP officers into Police Scotland for political purposes", while TSSA leader Manuel Cortes said SNP ministers were "putting nationalist dogma ahead of the safety and well-being of Scotland's rail passengers".

Mr Matheson, in his previous role as justice secretary, had spearheaded the legislation merging the BTP and Police Scotland through Holyrood - with the Railway Policing (Scotland) Bill passed by MSPs despite criticism from opposition parties, the unions and others.

The merger was due to take place in April 2019 but the timetable has been delayed, with a report setting out recommendations for a new date expected by August.

But now Labour is calling on the Transport Secretary to use the Scottish Parliament's summer break to rethink the policy.

Colin Smyth, the party's spokesman for connectivity, said: "The summer recess gives Mr Matheson the opportunity to chart a different course for Scotland's railways once he returns to Holyrood in his new role.

"Labour hopes that he listens to British Transport Police officers, and the rest of the industry, and bins this divisive policy."

"Labour has consistently opposed this merger as it is unwanted, unnecessary and uncosted.

"The gravity of the situation is underlined by this coming together of three separate transport unions, all pleading with the new SNP Transport Minister Michael Matheson to pause and re-think this plan."

Mr Cash backed that, arguing: "The integrity and operation of an integrated national UK rail network should be mirrored by specialist railway policing.

"The Scottish Government's plans to merge the BTP in Scotland with Police Scotland would jeopardise specialist policing standards, not to mention presenting the Scottish taxpayer, passengers, staff and operators with a ballooning bill for a sub-standard service.

"We repeat our call on the Scottish Government to see sense and to re-start the consultation process on a more inclusive footing which seeks to maintain and improve specialist railway policing in Scotland, rather than press ganging BTP officers into Police Scotland for political purposes."

Mr Cortes said: "Our members have been campaigning against this wholly unnecessary merger from the off.

"Academics, the police watchdog, police officers, passengers and our members all agree that bringing together the British Transport Police (BTP) and Police Scotland is unnecessary, unwise and downright dangerous.

"Sadly, it's clear that so far, the SNP is putting nationalist dogma ahead of the safety and well-being of Scotland's rail passengers."

Meanwhile ASLEF Scotland organiser Kevin Lindsay said: "ASLEF and the other rail trade unions have been opposed to the BTP and Police Scotland merger since the idea was first floated.

"We believe that this merger will bring an unnecessary risk to rail passengers and staff alike. We therefore support the calls for this proposed merger to be scrapped."

A Scottish Government spokesman said: "We are committed to the safe and seamless integration of BTP into Police Scotland following Parliament's vote to pass the Railway Policing Act. This will deliver continuity of service for rail users and staff and a single command structure, with seamless access to wider support facilities and specialist resources."

"Devolution of BTP was recommended by the Smith Commission, reached through cross-party agreement and integration will also ensure railway policing is fully accountable to the Scottish Parliament.

"We have confirmed that our triple lock guarantee will protect jobs, pay and pensions for BTP officers transferring to Police Scotland. We meet regularly with all partners in the integration and will continue to work closely with them on addressing issues that emerge." 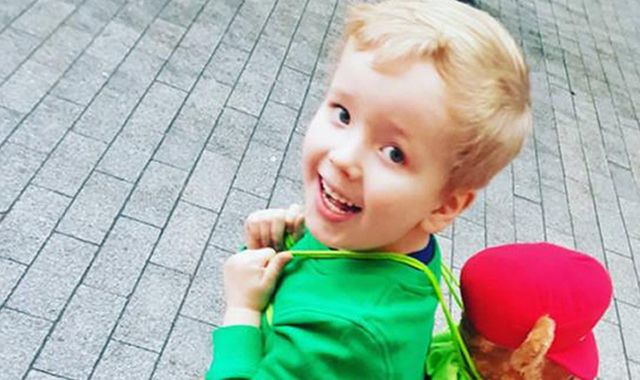