Gordon Reid landed his second Wimbledon title of the weekend with a brilliant victory in the tournament's first wheelchair singles event.

Nerves looked to affect him when Reid double-faulted on his first match point, but on the second Olsson sliced a backhand into the net and the home crowd roared its delight, chanting ''Reid-o, Reid-o''.

Reid celebrated, fists clenched and looking to the sky, before making a beeline for his supporters at courtside.

At the trophy presentation, he said: ''It's incredible. To have the opportunity to play singles here, it's something I've dreamed of for a long time, and to come here and win it in front of all the people that I love, and all my friends and family and my coaching team, and so much support, it's unbelievable and I'm never going to forget this moment.''

He had managed to lay his hands on around 50 tickets for the final, meaning Reid had backing from many who had been with him all the way, from the moment at the age of 12 when he was struck down by transverse myelitis - a condition affecting the spinal chord. He spent six months in Glasgow's Royal Hospital for Sick Children.

Reid wondered if he would be able to play sport again, but within weeks of leaving hospital he was playing wheelchair tennis and has established a thriving sporting career.

His Wimbledon feats have raised the profile of wheelchair tennis, which is exactly how Reid planned it.

''I said at the start of the week when we had the draw that I wanted to get two things out of this week,'' he said.

''The first thing was that if there were any kids with disabilities, like I was at one stage, if they're watching this and it can inspire them to take up tennis or another sport, then that's really important.

''And the second thing was to continue to break down barriers when it comes to disability and showcase the personality and the high performance of the sport and not the disability.

''And with the amount of coverage we've had this week and the amount of interest, and the way people have enjoyed our sport, it's been a big milestone and hopefully we can build on that in the future.'' COVID-19: Man who threatened to blow up NHS hospital unless he was paid £10m convicted of extortion 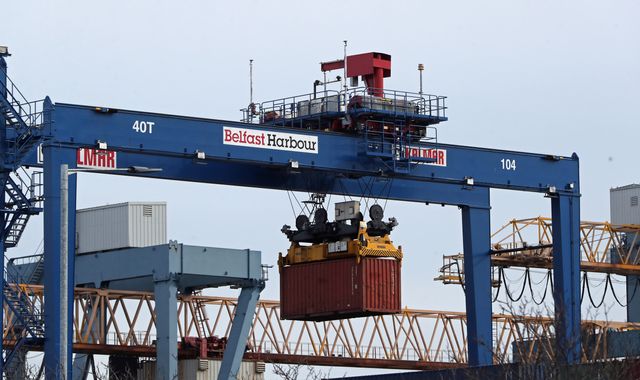