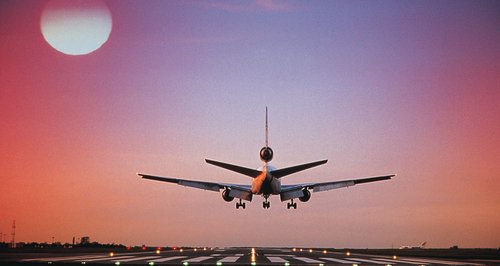 Campaigners and politicians have urged the Scottish Government to rethink plans to cut Air Passenger Duty as a consultation on the issue draws to a close.

The Stop Climate Chaos Scotland coalition warned the move would be inconsistent with attempts to reduce emissions and meet climate change targets.

Labour and the Liberal Democrats have also called for the proposals to be scrapped.

The tax is being devolved to the Scottish Parliament through the new Scotland Bill, with a public consultation on its replacement due to close on Friday.

The Scottish Government has said it plans to reduce the duty by 50% from April 2018 before abolishing it entirely "when public finances allow''.

SCCS chair Tom Ballantine said air travel was responsible for 13% of Scottish transport emissions despite half of the population not flying in any given year.

He said: "It's the highest emitter of carbon dioxide per passenger kilometre and the only sector where emissions have risen significantly over the past 20 years.

"The Scottish Government's own analysis shows that its plan to cut APD by 50% could result in up to an extra 60,000 tonnes of greenhouse gases reaching the atmosphere each year.

"That's why we're calling on the Scottish Government to rethink its plans and put forward alternative proposals that use new APD powers to help to reduce Scotland's climate change emissions.''

In its response to the consultation, the coalition said the £300 million raised each year from APD at its current level was the equivalent of employing 11,507 nurses or installing solar panels on 60,000 homes.

Mr Ballantine added: "At a time of austerity cuts and whilst funding is urgently needed to support Scotland's low-carbon future, this money give-away for already under-taxed airlines is the last thing Scotland can afford.''

Scottish Labour leader Kezia Dugdale said: "The SNP seem wedded to the idea of cutting Air Passenger Duty but at a time when our public services are facing hundreds of millions of pounds of cuts, it is simply the wrong priority.

"Cutting APD would be a regressive step that would increase carbon emissions.

"In previous years the SNP would have railroaded this plan through, but they have lost their majority in Parliament and that means we can make different choices.''

"Instead of supporting services, their priority is cutting taxes for airlines based on research carried out by the aviation sector.

"We need to support protections for lifeline services but a wider cut when things like schools and policing budgets are under the cosh is not the right way to go.''

A Scottish Government spokeswoman said: "UK APD is one of the most expensive taxes of its kind in the world. It continues to act as a barrier to Scotland's ability to secure new direct international routes and maintain existing ones - reducing it will help attract more direct flights, improving our global connections, boosting the economy and creating jobs.

"We recognise that there are important environmental issues to consider. That is why we are working with environmental groups such as Stop Climate Chaos Scotland and Scottish Environment Link on our stakeholder forum and currently consulting on a Strategic Environmental Assessment as part of developing our proposals.

"The Scottish Government is committed to tackling climate change, and Scotland is already three quarters of the way towards achieving our target of a 42% reduction in greenhouse gas emissions by 2020.

"Our world-leading targets set the benchmark the international community needs and the First Minister has already announced that we will establish a new and more testing target for 2020.''