Hampden Park will remain the home of Scottish football after Queen's Park agreed a £5million deal to sell their stadium to the governing body.

The Scottish Football Association had been considering moving major internationals and Scottish Cup semi-finals and finals to BT Murrayfield following an offer from the Scottish Rugby Union.
But a deal has been struck with Ladbrokes League Two side Queen's Park, who have owned the Glasgow stadium since it was opened in 1903.
An SFA statement read: "The Scottish FA today announced that it is going to remain at Hampden Park and as part of that has agreed terms to buy the stadium from Queen's Park FC, when the existing lease of Hampden expires in summer 2020.
"The decision follows a lengthy and rigorous process that saw Hampden Park competing with BT Murrayfield to be the home of Scottish football, following the UEFA European Championships in two years' time.
"The Scottish FA will now work with Queen's Park FC to complete the agreement, which will see the ownership of Hampden Park transfer to the Scottish FA for a cash price of £5m. This sum will allow Queen's Park FC to adapt Lesser Hampden to become its new registered licensed ground for all its matches.
"Ownership of Hampden Park will enable the Scottish FA to control the future of the stadium. It will open up opportunities to continue to develop the infrastructure and create a national stadium that will inspire the next generation of football fans."
The SFA confirmed that Glasgow businessman Lord Willie Haughey, a former Celtic director, had pledged half of the purchase cost.
But chief executive Ian Maxwell promised improvements at the venue in future years.
The former Queen's Park player said:  "Our mission is to inspire a nation to love the game and having a home that we can call our own is an important part of that. It will enable us to drive investment into the game and give us the best chance to improve football in Scotland.
"While we are now committed to Hampden Park we also recognise that it needs to change.
"We have heard the fans' views throughout the process and agree with them that we need to improve access, transport links and the overall experience. We are committed to doing that.
"With all the commitments that have been made to the Scottish FA and Hampden Park Limited throughout this process, taking ownership of the Hampden Park site will create the potential to transform the home of Scottish football for the benefit of Scottish football fans. Ownership really will change the game.
"We look forward to working with all interested parties to achieve an exciting and fan-friendly vision for Hampden Park.
"With that in mind, we need all of Scotland to pull together to make it Scotland's national stadium. We have heard many voice their support for the stadium. We need collective action, driven by the Scottish FA, to ensure it remains the beating heart of Scottish football."

Coronavirus: Biggest ever rise in new cases recorded in the UK 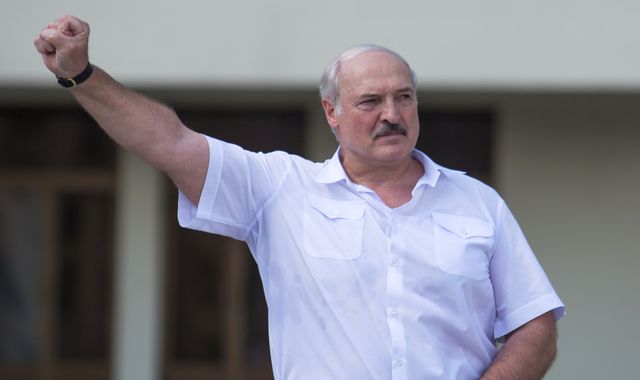 These succulent Christmas Trees are the new festive trend everyone loves

Flu vaccine shortage 2020: Is the flu jab running out in the UK?