Nicola Sturgeon has said harassment complaints against Alex Salmond will be "upsetting" for the SNP but that due process must be followed.

The Scottish Government has confirmed it received two complaints regarding the former first minister, who has described the allegations as "patently ridiculous".

Mr Salmond intends to take court action against the Scottish Government to contest the complaints process activated against him.

Ms Sturgeon said her relationship with her predecessor "makes this an extremely difficult situation for me to come to terms with".

She added: "I am also acutely aware how upsetting this will be for my party. However, the over-riding priority must be to ensure fair and due process."

As part of that review, a new procedure on handling harassment complaints involving current or former ministers was introduced.

She said two complaints were raised in January against Mr Salmond and he was notified in March.

Ms Evans said the former first minister started legal proceedings last week when informed that a statement on the complaints was to be made public.

Mr Salmond has since dropped the proceedings, allowing the permanent secretary to confirm the issue.

The Daily Record reported that allegations about his conduct towards two staff members in 2013 - while he was in office - have been handed to Police Scotland, but the force would not comment on any inquiry.

Mr Salmond has denied the claims and said he has been prevented from properly challenging them by Scottish Government procedure.

Ms Sturgeon said the focus on process "cannot deflect from the fact that complaints were made that could not be ignored or swept under the carpet".

In a statement, Mr Salmond said: "For many months now, and on the advice of senior counsel, I have attempted to persuade the Permanent Secretary to the Scottish Government that she is behaving unlawfully in the application of a complaints procedure, introduced by her more than three years after I left office.

"The permanent secretary chose to deny me contact with any current civil servant, many of whom wished to give evidence on my behalf, and access to documentation to allow me to properly challenge the complaints, all of which I refute and some of which were patently ridiculous.

"The procedure as put into operation by the Permanent Secretary is grossly unfair and therefore inevitably will lead to prejudicial outcomes.

"It is therefore with great reluctance that I have today launched a judicial review in the Court of Session which will decide the issue of the lawfulness of the procedure which has been used against me."

Ms Sturgeon said: "Although I have been aware for some time of the fact of the investigation - initially from Alex Salmond - I have had no role in the process, and to have referred to it before now would have compromised the integrity of the internal investigation, which I was not prepared to do.

"However, this focus on process cannot deflect from the fact that complaints were made that could not be ignored or swept under the carpet.

"I have been clear on many occasions that all organisations and workplaces must make it possible for people to come forward to report concerns and have confidence that they will be treated seriously. For that principle to mean anything it cannot be applied selectively. It must be applied without fear or favour, regardless of the identity, seniority or political allegiance of the person involved."

Ms Evans said: "I note that the former first minister has indicated his intention to challenge the actions taken by the Scottish Government. His statement contains significant inaccuracies which will be addressed in those court proceedings. The Scottish Government will defend its position vigorously.

"As the head of the Civil Service in Scotland, I have been consistently clear that there is no place for harassment of any kind in the workplace.

"In line with work already under way in the organisation to tackle inappropriate behaviour, I will consider carefully any issues about culture and working practices highlighted by these complaints." 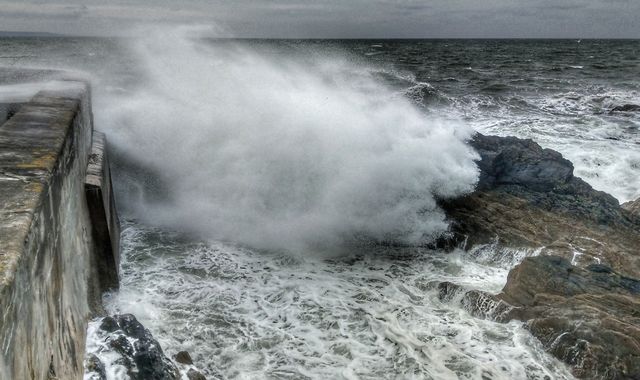