A man has been arrested after a woman was raped as she walked home at the weekend.

The 40-year-old was pushed to the ground and assaulted on Merksworth Way in Paisley, Renfrewshire, at around 2.20am on Sunday.

After the attack the woman was helped by the residents of a nearby house.

She was taken to the Royal Alexandra Hospital in Paisley and treated before being released.

Police said a 38-year-old man has been arrested in connection with the incident.

He is expected to appear at Paisley Sheriff Court. 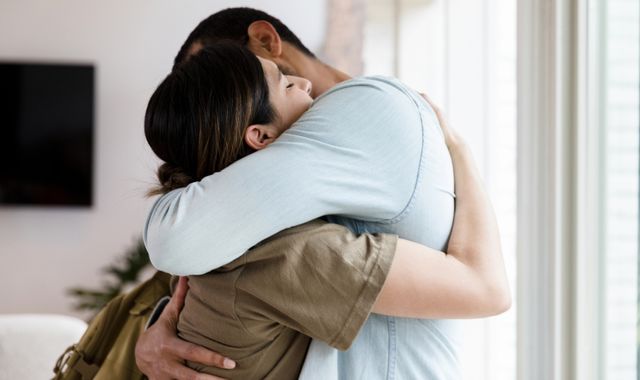 COVID-19: Hugs set to return from 17 May as PM expected to outline next stage of lockdown easing