A targeted attack which left a 48-year-old man seriously injured is being treated as attempted murder.

Detectives have appealed for information about the assault which happened at around 2.45am on Saturday morning in Comely Bank, Hamilton.

The victim is thought to have been chased by two men who were armed with weapons and were attempting to conceal their identity.

He was taken to Hairmyres Hospital in East Kilbride where he underwent surgery as a result of his injuries.

Officers have been carrying out door-to-door inquiries and gathering CCTV footage in the area.

Detective Sergeant Ronnie Douglas said: "We are in the process of piecing together the circumstances of what has happened.

"We need to establish the motive for this attack which has left a 48-year-old man seriously injured.

"I am appealing to people in the local community to contact us.

"Did you hear shouting or any kind of disturbance, did you witness the attack, or perhaps you saw the two suspects run off?

"If you have any information, even if you think it's not important, please pass it on to officers.

"Your information will be followed up and could prove vital in the investigation and in locating the people responsible for this violent attack.

"Additional officers will be patrolling the area to reassure members of the public.

"If anyone has any concerns then please speak to these officers."

The first suspect is described as between 5ft 8in and 5ft 9in, slim and was wearing a dark hooded top, bottoms and shoes.

The second man was around 5ft 6in to 5ft 7in, slim and was wearing a dark-hooded top and bottoms and light shoes. 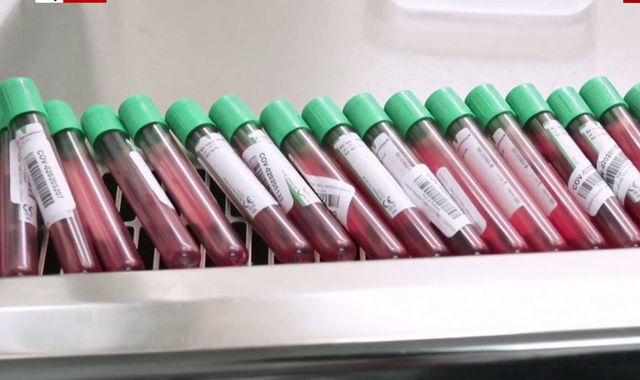