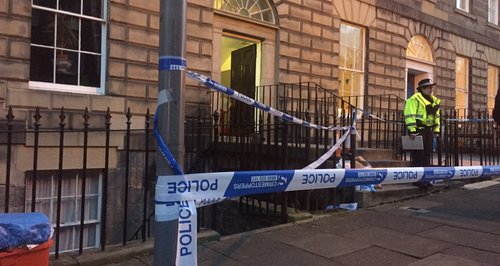 A man has been charged in connection with the murder of another man in Edinburgh.

It follows the discovery of a man's body at an address in Scotland Street at around 5.30am on Friday after a disturbance.

Officers forced entry to the flat in the Bonnington area and found the man, who had sustained significant injuries.

Police Scotland say inquiries are continuing to formally identify the man, who is believed to be in his early 30s.

A post-mortem examination was held on Saturday and the death is being treated as murder.

The man, 28, is expected to appear before Edinburgh Sheriff Court on Monday.

Detectives from the Major Investigation Team continue to hold inquiries in connection with this death.

Anyone with information which may be able of help, or who was in the area around this time, is urged to contact Police Scotland.