Man in hospital following 'assault' outside Aldi in Edinburgh

A man is in hospital following a suspected assault outside an Aldi in Edinburgh.

Emergency services were called to assist the injured man on Gilmerton Road on Sunday evening and cordoned off the area.

A Police Scotland spokesman said: "At around 5.15pm on Sunday 14 April, police in Edinburgh responded to reports that a man had been assaulted on Gilmerton Road.

"The person was taken by ambulance to Edinburgh Royal Infirmary.

"Officers remain in attendance and the road is closed between Ellen's Glen Road and Moredunvale Road."

The severity and cause of the man's injuries have not been confirmed, but the road reopened overnight and police say their investigations are ongoing. 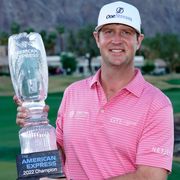