A man's body has been found in a flat in Glasgow after reports of a disturbance in the area.

The discovery was made by officers in a property on Cairnhill Drive, Crookston, at 9.15am on Thursday.

It came after the force received information about a disturbance in the area at around 9pm on Wednesday.

Detectives said there is ''no doubt'' someone will have seen or heard something which could help with the investigation.

Detective Chief Inspector Alan McAlpine said: ''Officers have been in the area today speaking to neighbours and checking CCTV to try and establish the circumstances surrounding the death of this man, who we believe is in his mid-30s.

''Our inquiries are at a very early stage, however, some information that was passed to police mentions a disturbance in a flat in the general area around 9pm last night.

''Whether it was the flat the man was found in or not has still to be confirmed, and so I would ask that anyone who may have heard this or who has any information that will assist our inquiry contact police.

''Cairnhill Drive is residential with numerous flats in the area. I have no doubt that someone will have seen or heard something between last night, around 9pm, or this morning around 9.15am when the man was found.'' 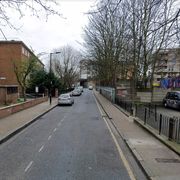 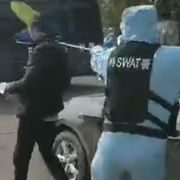 Pancake Day 2020: The best sweet and savoury topping ideas for this Shrove Tuesday

Holly Willoughby's This Morning outfit today: How to get her £89 floral wrap dress from Ghost