May: Scotland In UK A "Personal Priority"

Theresa May is to make clear that keeping Scotland in the United Kingdom is a "personal priority''.

With the union between Scotland and England under pressure in the wake of the Brexit vote, the Prime Minister will use a visit north of the border to highlight her commitment to "strengthening and sustaining the bonds that unite us''.

She will tell Nicola Sturgeon and the SNP that "politics is not a game'', and accuse the Scottish Government of having neglected schools because of its "obsession'' with independence.

The Prime Minister will address the Scottish Conservative conference in Glasgow on Friday as speculation continues that Ms Sturgeon could be about to demand the right to hold a second independence referendum.

The First Minister has said she believes she has a "cast iron mandate'' to hold a second such ballot after Scotland overwhelmingly voted to remain in the EU last year, while the rest of the UK voted to leave.

Mrs May will tell the conference: "My first visit as Prime Minister was here to Scotland. I wanted to make clear that strengthening and sustaining the bonds that unite us is a personal priority for me.

"I am confident about the future of our United Kingdom and optimistic about what we can achieve together as a country.''

Attacking the SNP on public services, she will say Scotland's schools are "outperformed in every category'' by those in England, Northern Ireland, Estonia and Poland.

"As Prime Minister of the United Kingdom, I am just as concerned that young people in Dundee get a good start in life and receive the education they need to reach their full potential as I am about young people in Doncaster and Dartford,'' she will say.

"People in Scotland deserve a First Minister who is focused on their priorities - raising standards in education, taking care of the health service, reforming criminal justice, helping the economy prosper, improving people's lives.''

The Tories overtook Labour to become the second largest party at Holyrood in the 2016 Scottish election, and since then Scottish party leader Ruth Davidson and her "formidable'' team have "exposed the SNP's mismanagement of Scotland's schools,'' Mrs May will say.

"The SNP's neglect and mismanagement of Scottish education has been a scandal,'' she will add.

Ms Sturgeon, however, has insisted the Scottish Government's approach since the European referendum has been "to offer compromise and to seek consensus at every turn''.

"Where we have been prepared to offer a solution short of our ideal outcome, they have refused to seriously engage.

"And where we have offered compromise, we have been met by a brick wall of Tory intransigence.''

The paper the Scottish Government produced outlining options for keeping Scotland in the single market "is a genuine attempt at finding a compromise solution'', the SNP leader insisted.

"Given that this falls well short of what Scotland actually voted for... these proposals represent significant movement and a substantial concession on our part.

"In response, the UK Government has not only shown no similar willingness to compromise but has in fact hardened its position.'' 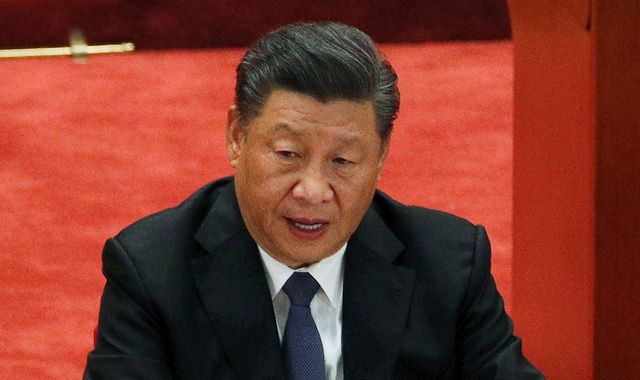