May Tells Scotland "I'm On Your Side" 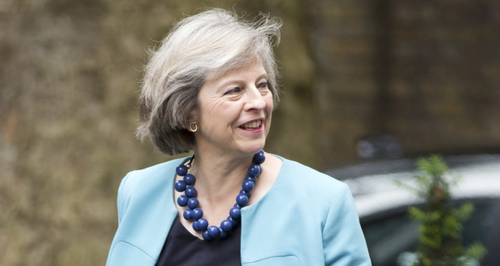 Theresa May has insisted she has chosen Scotland for the first visit of her premiership to show her personal commitment to the union.

The Prime Minister said she is going to Edinburgh on Friday, less than 48 hours after taking office in Downing Street, to stress to the Scottish people her Government will "be on their side''.

Mrs May will hold talks at Bute House with First Minister Nicola Sturgeon, after the SNP leader said it was "highly likely'' Scotland would have a second independence referendum because its voters had strongly rejected Brexit.

Downing St said the Prime Minister would use the meeting to prove London was "fully engaging with the Scottish Government in the forthcoming negotiations about the UK's exit from the European Union''.

Speaking ahead of the visit, the Prime Minister said: "I believe with all my heart in the United Kingdom - the precious bond between England, Scotland, Wales and Northern Ireland. This visit to Scotland is my first as Prime Minister and I'm coming here to show my commitment to preserving this special union that has endured for centuries.

"And I want to say something else to the people of Scotland too: the Government I lead will always be on your side. Every decision we take, every policy we take forward, we will stand up for you and your family - not the rich, the mighty or the powerful.

"That's because I believe in a union, not just between the nations of the United Kingdom, but between all of our citizens. Whether it's reforming the economy or strengthening our society, we are going to build a better Britain and a nation that works for everyone - not just the privileged few.''

Scotland voted 62% to 38% to remain in the EU at the Brexit referendum.