May Trying To Impose Hard Brexit And Deeper Cuts - Sturgeon

Theresa May is trying to impose a hard Brexit with the announcement of a snap general election, Nicola Sturgeon said, as she urged voters north of the border to "stand up for Scotland''.

The First Minister accused the Prime Minister of using the surprise June 8 poll to seek to make the UK more right wing and "force through a hard Brexit and impose deeper cuts''.

Ms Sturgeon said on Twitter: "The Tories see a chance to move the UK to the right, force through a hard Brexit and impose deeper cuts. Let's stand up for Scotland.''

SNP depute leader Angus Robertson said the shock poll, to be held on June 8, would be a "straight choice in Scotland'' between the SNP and the Tories.

With the Brexit vote and its aftermath having already resulted in a stand-off between the Prime Minister and Ms Sturgeon over the prospect of a second vote on independence, Mr Robertson said on Twitter: "Whatever happened to 'now is not the time'? UK General Election: 8th June. Straight choice in Scotland between @theSNP and Tories. #VoteSNP''

In recent months Downing Street has repeatedly denied any suggestion that there could be a general election before May 2020, the time the next ballot was scheduled to take place.

At the same time Mrs May has insisted that "now is not the time'' for another Scottish independence vote, despite claims from the SNP that another referendum is necessary to give Scots a choice between leaving the UK and Brexit.

While polls continue to show the SNP well ahead of all other political parties in Scotland, the nationalists will struggle to replicate the success of the 2015 referendum when they won all but three of the Scottish seats at Westminster.

In a longer statement from the SNP, Ms Sturgeon described the announcement as "one of the most extraordinary U-turns in recent political history'', and said Mrs May is "once again putting the interests of her party ahead of those of the country''.

Scotland's First Minister said: "She is clearly betting that the Tories can win a bigger majority in England given the utter disarray in the Labour Party.

"That makes it all the more important that Scotland is protected from a Tory Party which now sees the chance of grabbing control of government for many years to come and moving the UK further to the right - forcing through a hard Brexit and imposing deeper cuts in the process.

"That means that this will be - more than ever before - an election about standing up for Scotland, in the face of a right-wing, austerity-obsessed Tory government with no mandate in Scotland but which now thinks it can do whatever it wants and get away with it.''

Ms Sturgeon said it was "a huge political miscalculation'' by the Prime Minister.

She added: "It will once again give people the opportunity to reject the Tories' narrow, divisive agenda, as well as reinforcing the democratic mandate which already exists for giving the people of Scotland a choice on their future.

"The SNP will always put the people of Scotland first - and between now and June 8, we will work harder than ever to retain the trust of the people.''

Scottish Conservative leader Ruth Davidson said her party would go into the June 8 election with a clear message that a vote for the Tories would "ensure we get the strong leadership we need to get the best Brexit deal for the whole country'' and would also "send a strong message that we oppose SNP's divisive plan for a second referendum''.

Ms Davidson welcomed the PM's announcement, saying her party is "ready for a campaign, we are organised, and we are optimistic about the prospect of increasing our number of seats''.

At present the Tories, like Labour and the Liberal Democrats, have just one MP north of the border.

The SNP won 56 of the 59 Scottish seats up for grabs in 2015 - a result that they will likely struggle to repeat this time around.

Ms Davidson said the SNP would "use this campaign to try and manufacture a case for separation''.

The Tory leader added: "With Jeremy Corbyn having already said he is 'absolutely fine' with an immediate referendum, we also know that Labour can't be relied to stand up to them.

"By contrast, the Scottish Conservatives have the strength right across Scotland to stand up for people who oppose the SNP's plans.''

She insisted: "The choice is simple: it's between a strong government led by Theresa May working to get the best Brexit deal, or a weak Labour government, led by Jeremy Corbyn, which cannot stand up to the SNP.

Scottish Labour leader Kezia Dugdale said the announcement of a general election in just a few weeks' time presented voters with a "significant and historic choice''.

She stated: "At the last election in 2015 we said this would be a clear choice between a destructive Tory Party and a better future with Labour.

"Since then we have seen the dangers of a Tory government.

"At this election, the choice again will be clear: a Tory Party intent on a hard and damaging Brexit; or a Labour Party that will oppose a second independence referendum and fight for a better future for everybody.''

Ms Dugdale added: "The Labour Party is ready and has been preparing for a general election. We will start the process of selecting our candidates this afternoon.

"We will work tirelessly to elect Jeremy Corbyn Prime Minister and deliver a Labour government.''

He stated: "It is a chance to change the direction of the whole of the UK.

"Our optimistic agenda is pro-UK, pro-EU and progressive. We stand with the majority opinion in this country.

"At this election we will stand proud for a United Kingdom within the European single market.

"We will avoid a disastrous hard Brexit and keep Britain united. Liberal Democrats are only party that can stop a Conservative majority across the UK.

"If people want a Britain that is open, tolerant and united, this is the chance.'' 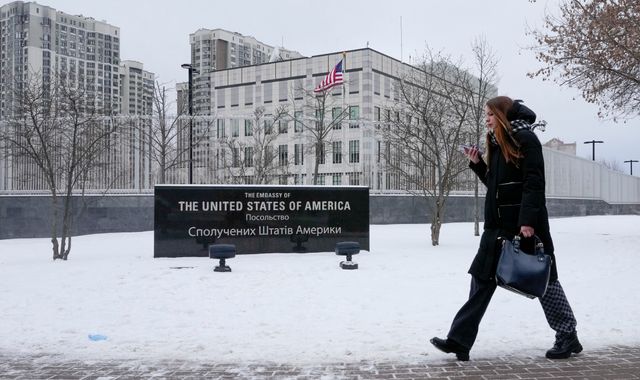